By heather@clevergirlmarketing.comJune 24, 2016December 4th, 2019No Comments

In 2016, Tri-C (Cuyahoga Community College) and KeyBank partnered together to present the annual Tri-C JazzFest in downtown Cleveland’s Playhouse Square. To celebrate KeyBank’s role as the presenting sponsor of this world-renowned outdoor music festival, Tri-C wanted to create an opening moment that got everyone’s attention…cue Palmer Event Solutions.

Knowing that Tri-C was trying to draw a lot of people to the event site AND highlight KeyBank as the sponsor, we knew we’d need to create an explosion of entertainment. And when we say explosion – you know, a big, loud, noisy event that happens really fast – we mean EXPLOSION! Everything we’re about to describe happened in under ONE HOUR.

The festival began just before four o’clock on a Friday night, a time when downtown workers were wrapping up and heading home. We wanted to create so much excitement that we’d draw their attention and get them down on the street. At the top of the hour we had some street performers interacting with the public, with other performing groups staged and ready to go. Coordinating each group over radios, we launched them all at different times, coming from three different directions.

We had our pink elephants (Parade the Circle performers) come from 14th Street. At the same time, we had the CMSD drumline come from behind the stage on Euclid Avenue. We then cued the Burning River Roller Derby girls to come out on their skates from another direction carrying umbrellas that spelled out K-E-Y-B-A-N-K, accompanied by the Chardon Polka Band. Mascots from KeyBank (KeyToon) and the Cleveland Indians (Slider, Mustard, Mayo and Ketchup) also joined in on the fun. AND THEN…

DJ Sparky B turned everything up a notch, leading the group in the Cupid Shuffle. Yep, you read that right. We choreographed all these entertainers, PLUS over 100 volunteers from Tri-C, to perform a line dance under the chandelier in downtown Cleveland! Not wanting to miss the money shot of this impressive flash mob, we even stationed a photographer on top of a hotel overlooking the event site to capture the smiling and waving crowd.

To wrap up the event and thank KeyBank for their sponsorship, performers then took the stage holding the KeyBank umbrellas, as Margot Copeland from the KeyBank Foundation was also welcomed to the microphone.

The explosive hour was about building excitement and recognizing the presenting sponsor, thanking them for their support. We think we nailed it. What do you think? 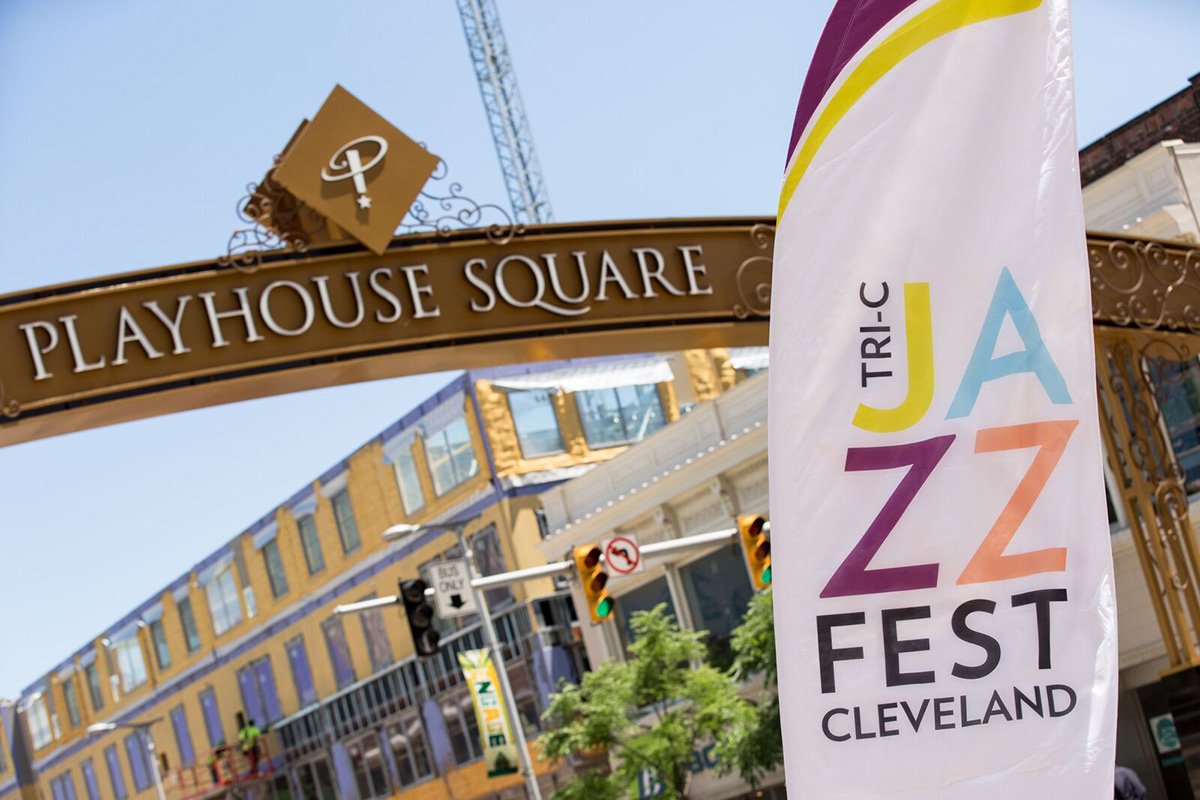 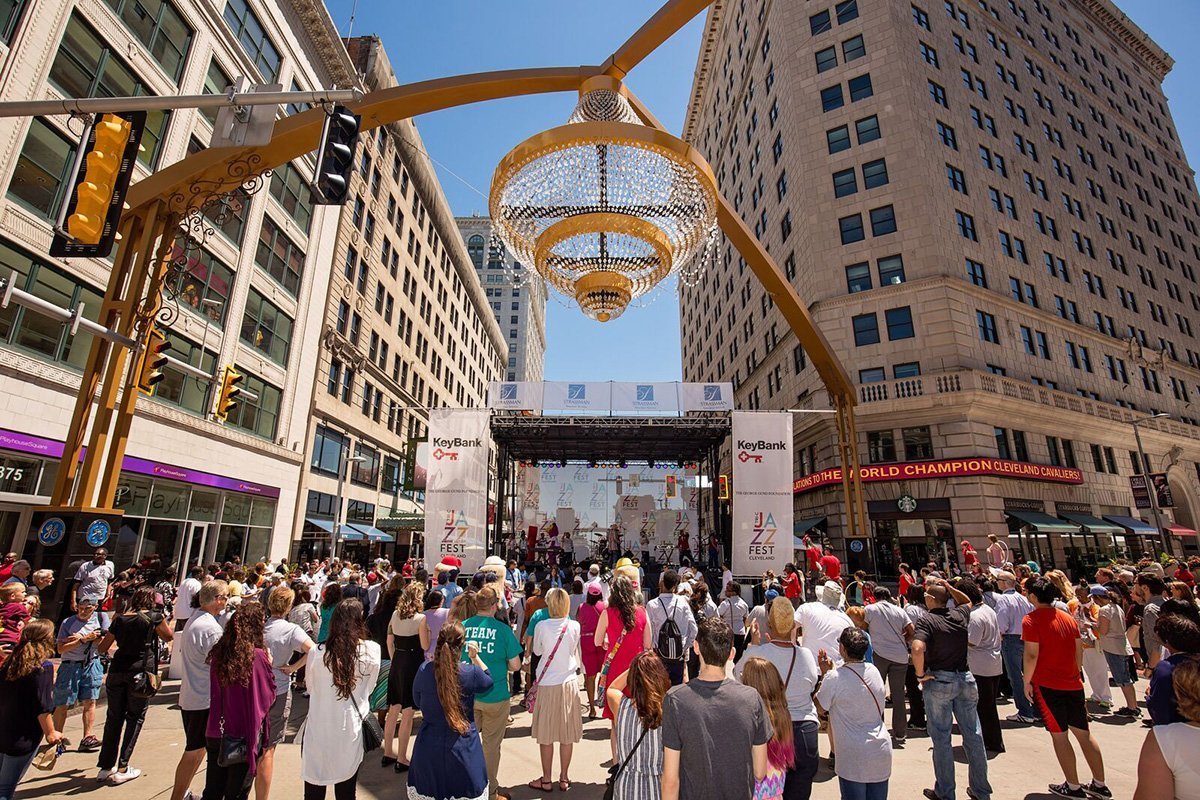 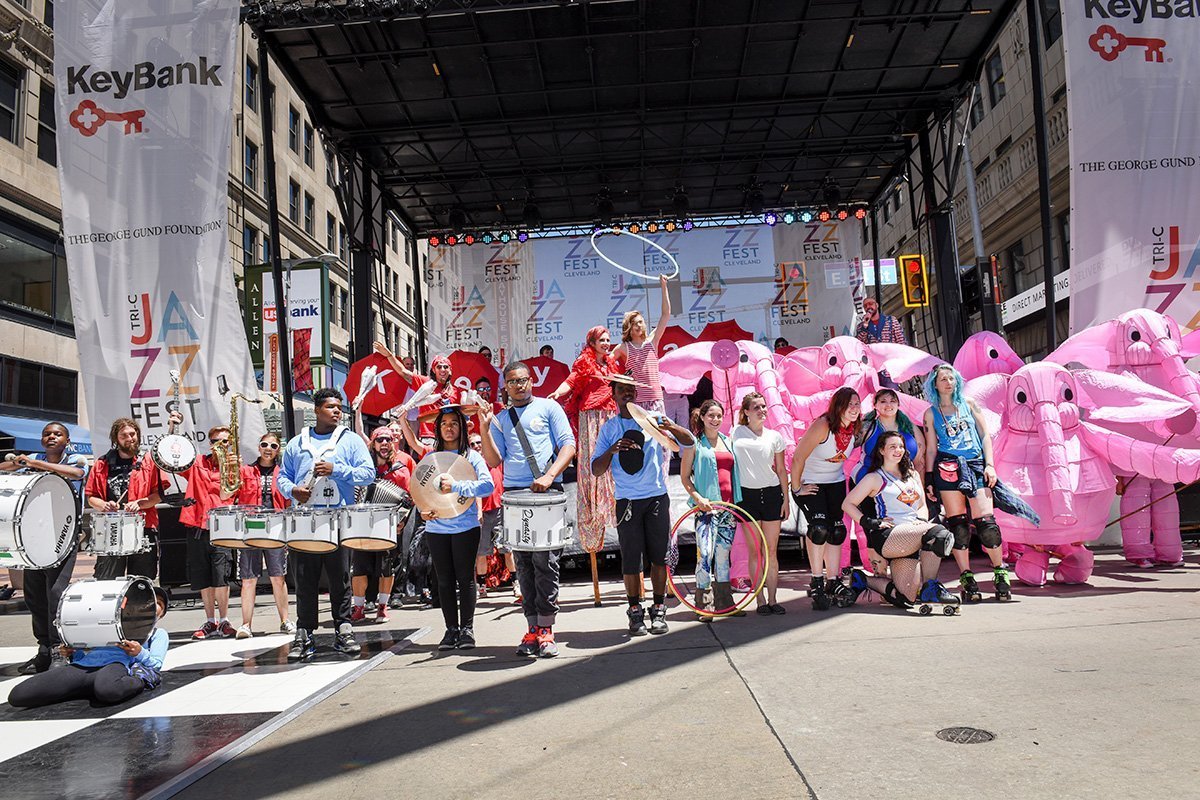 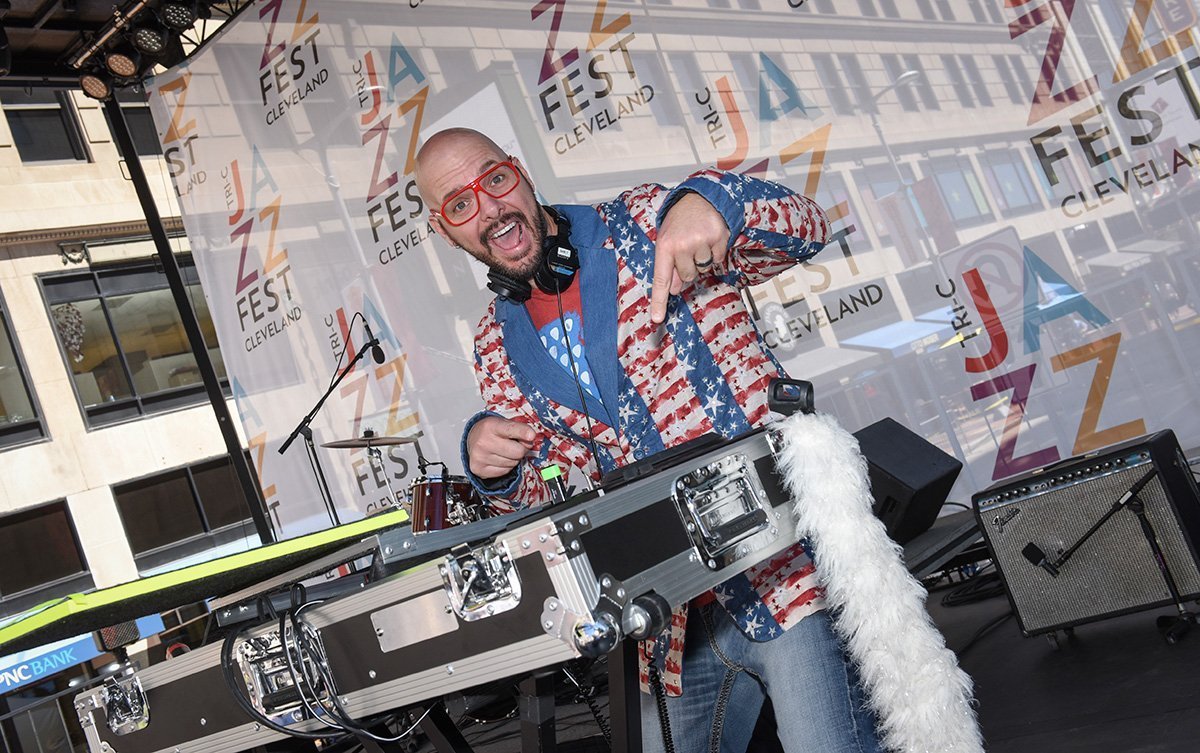 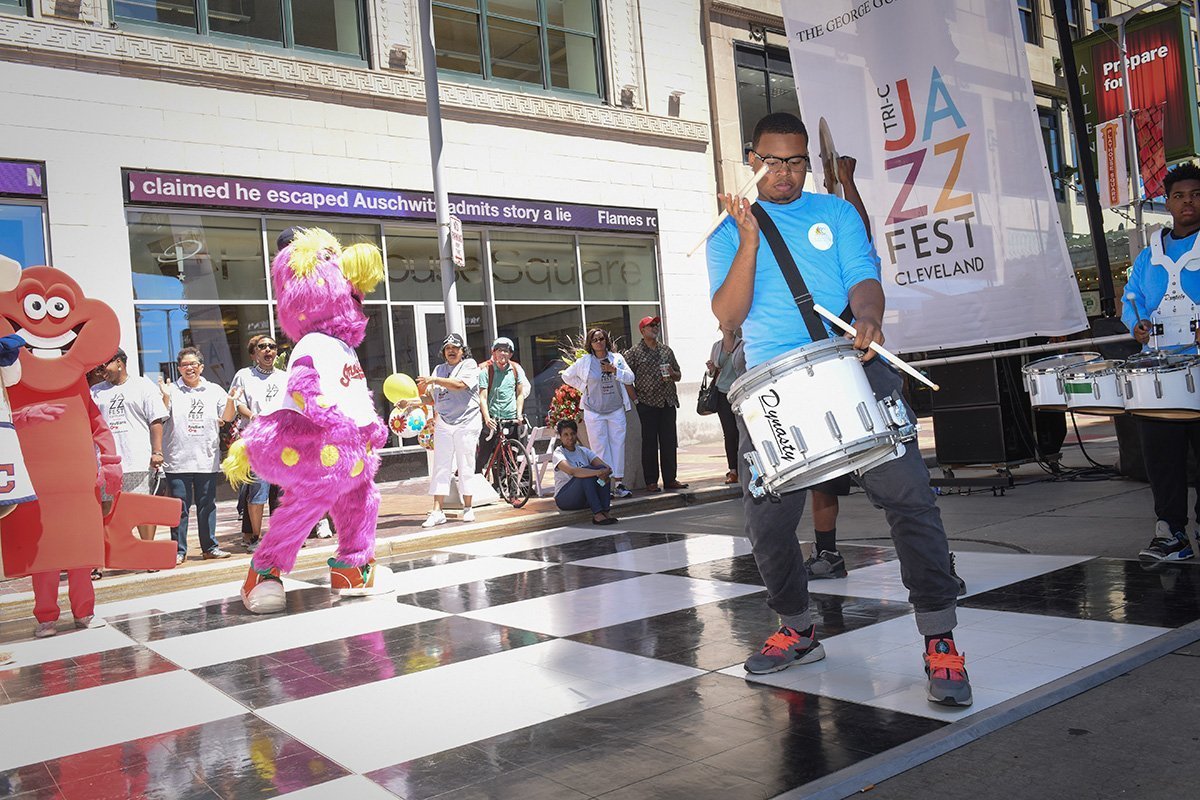 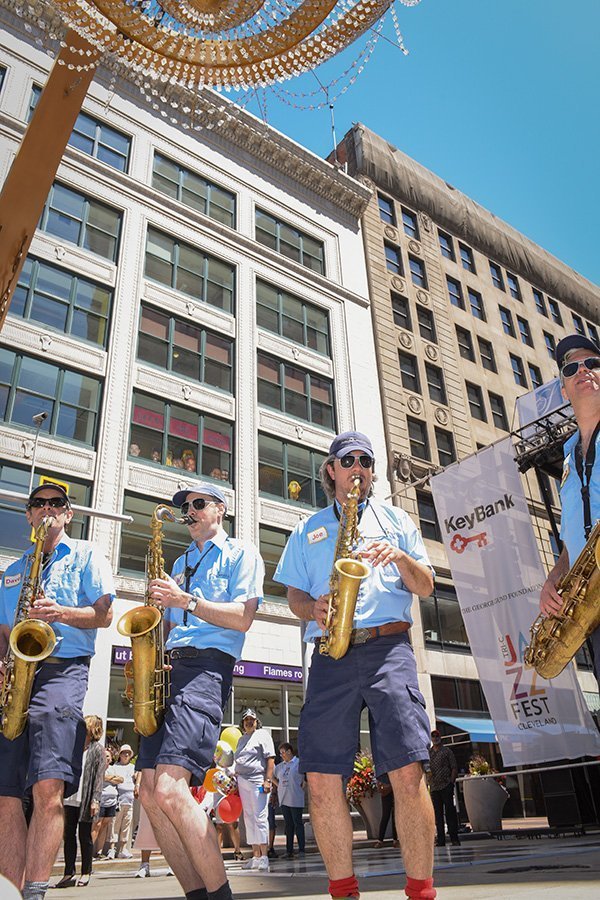 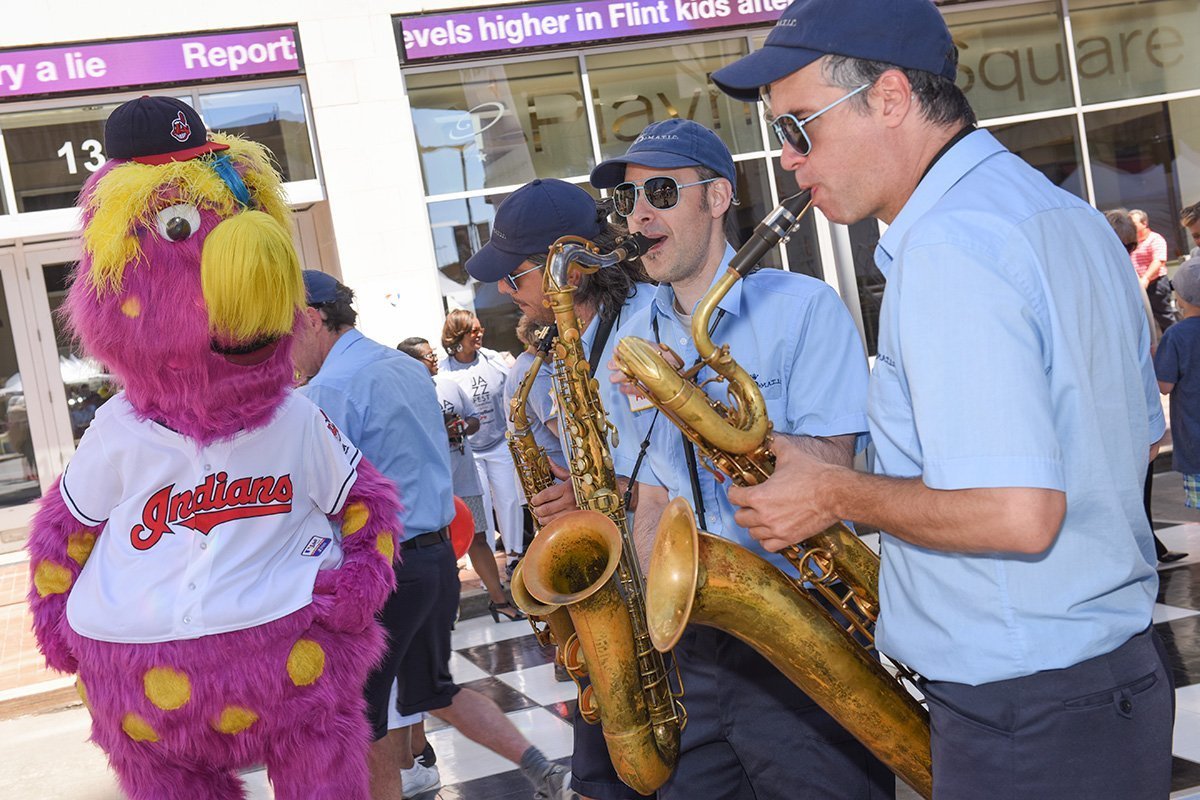 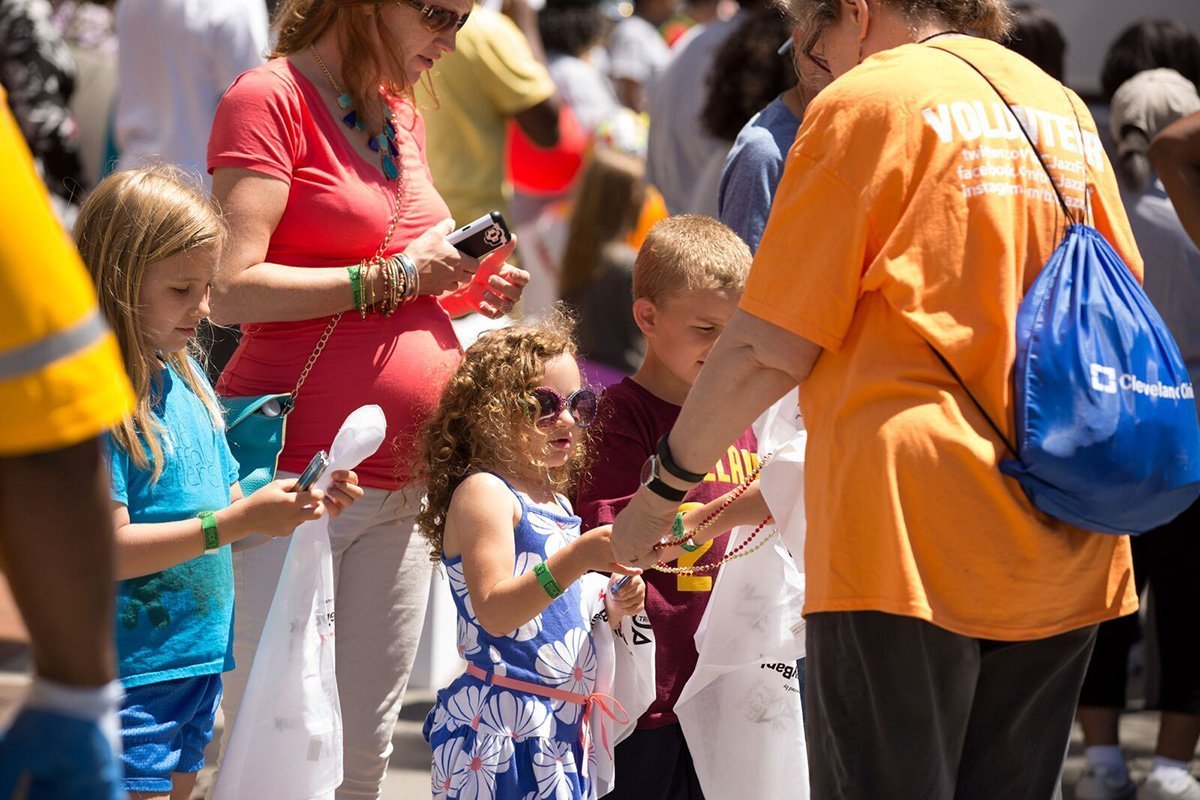 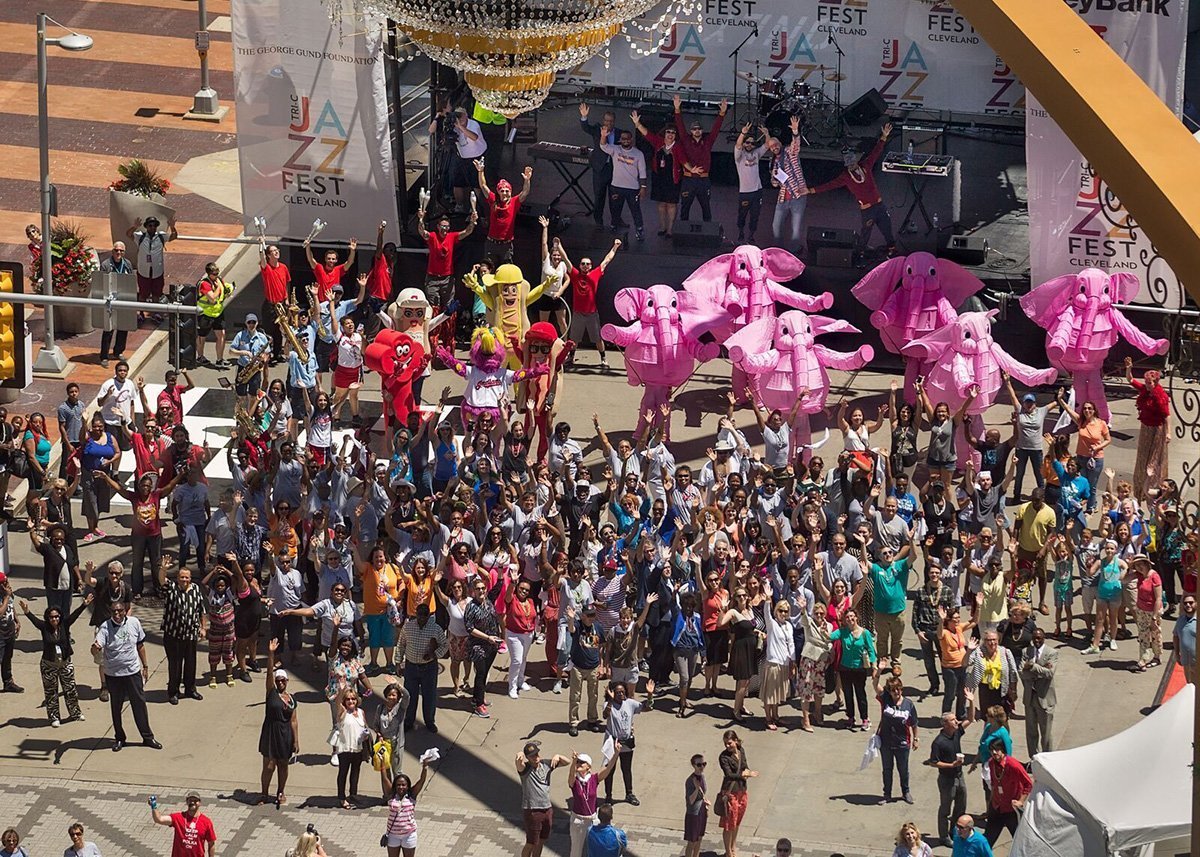 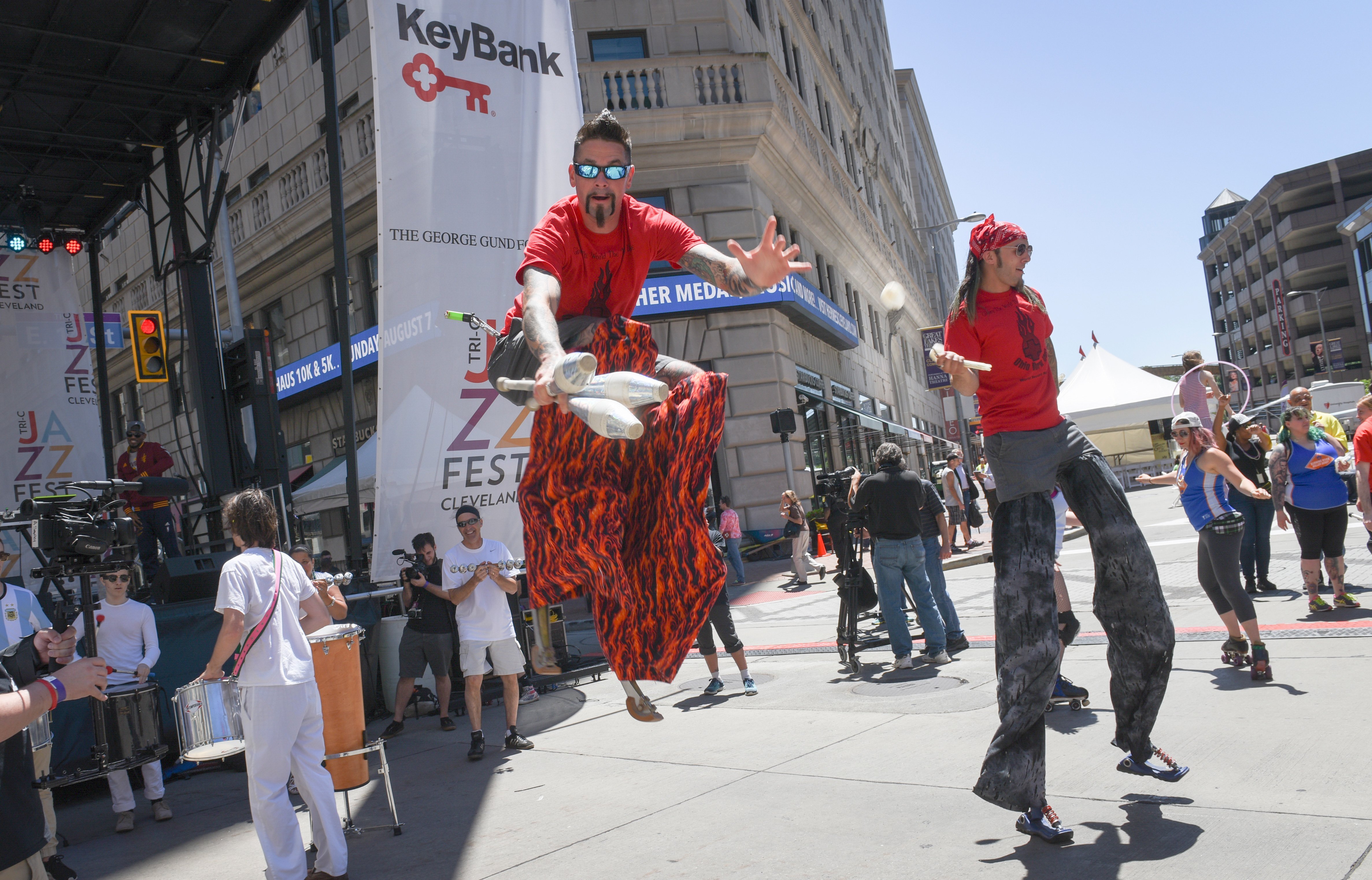 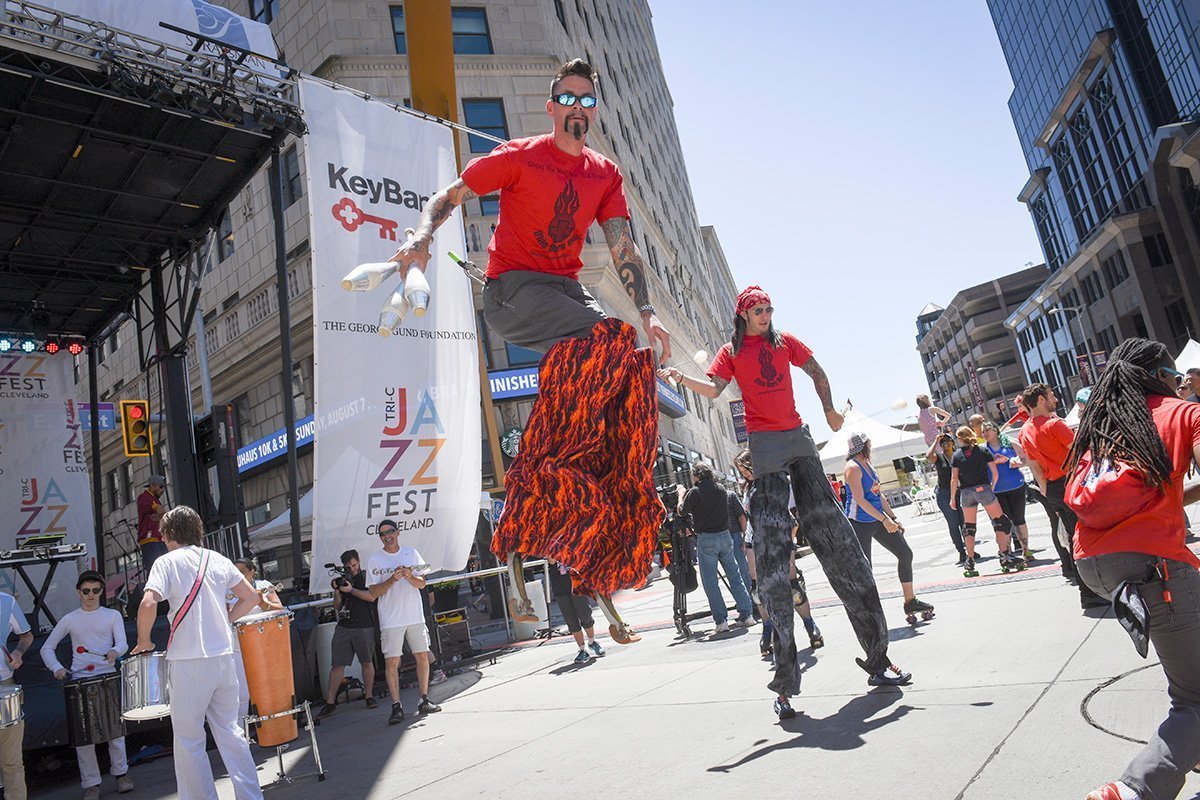 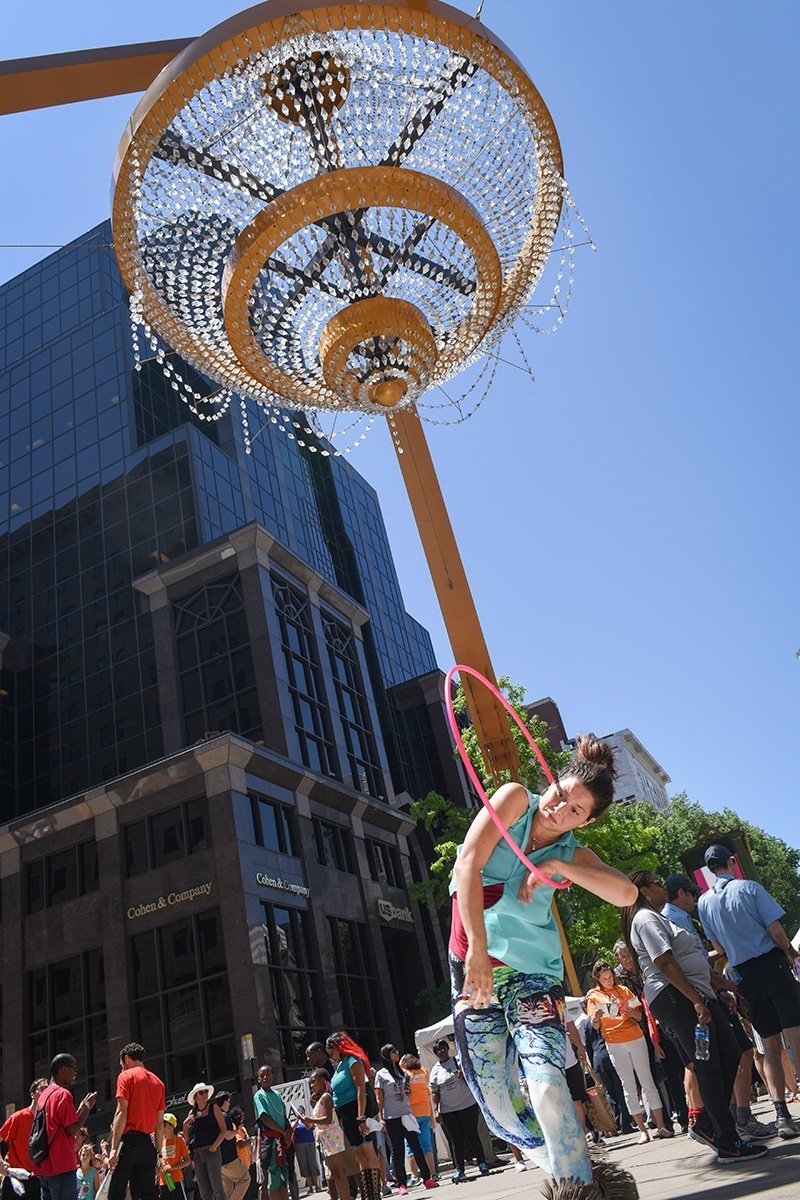 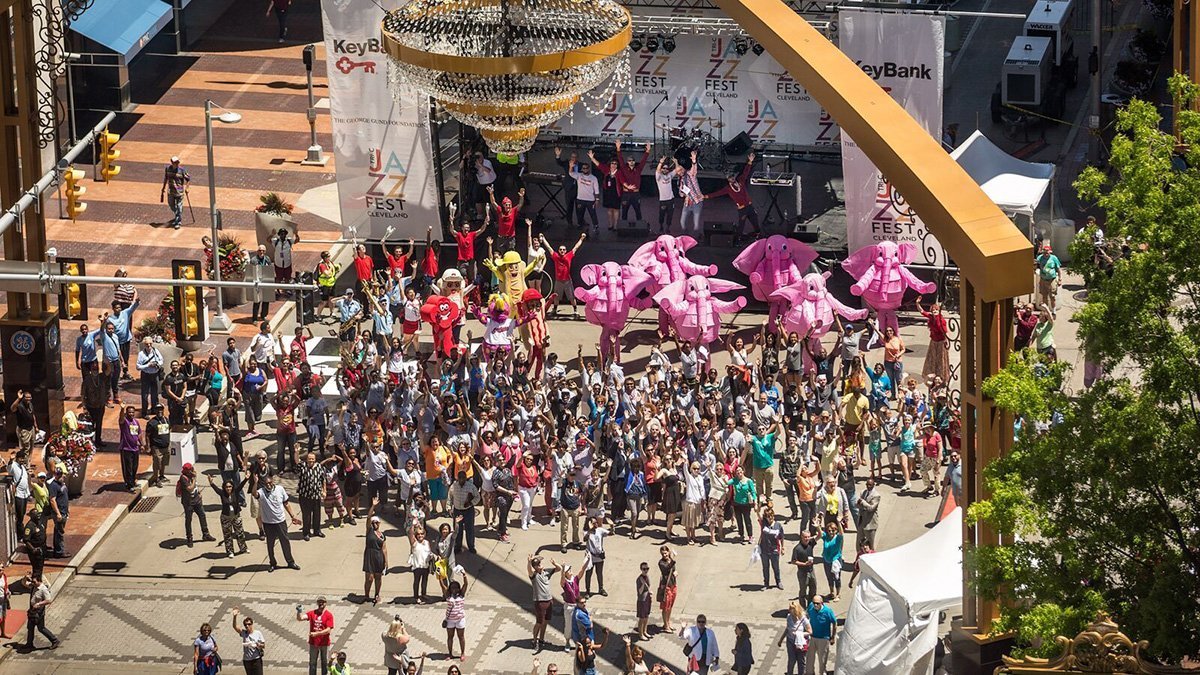 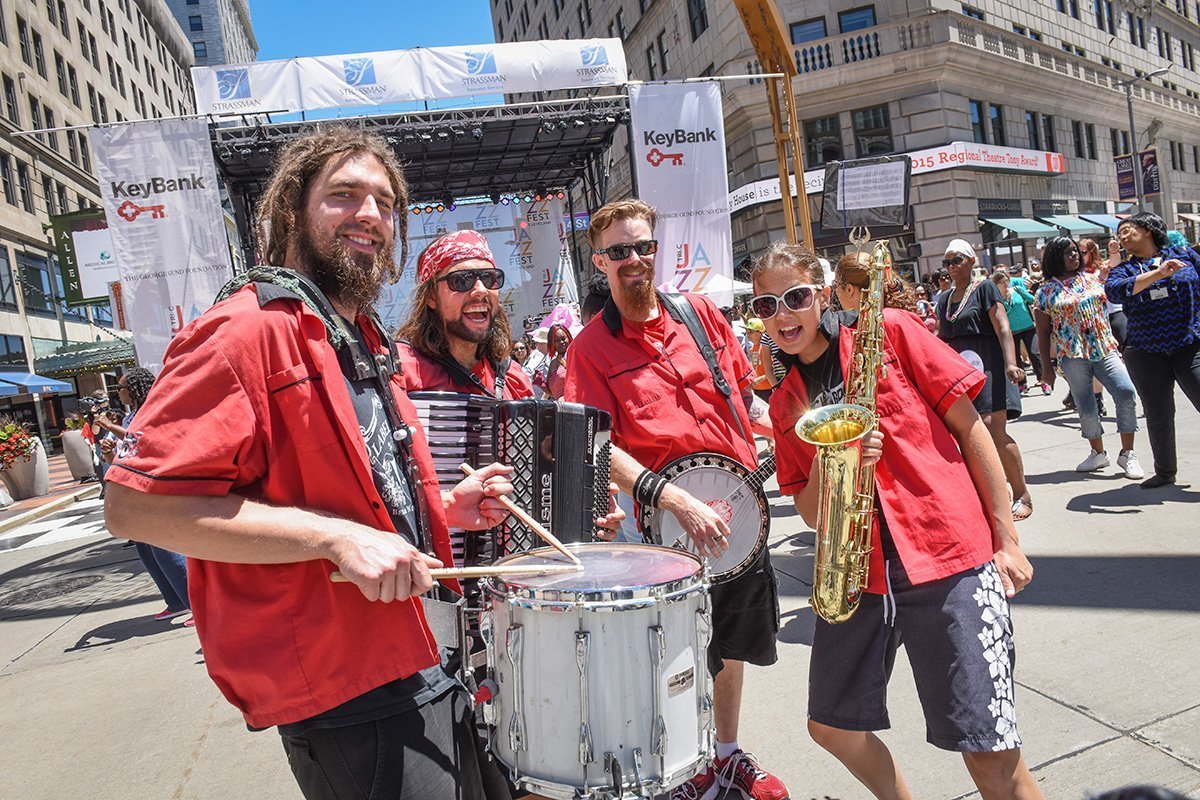 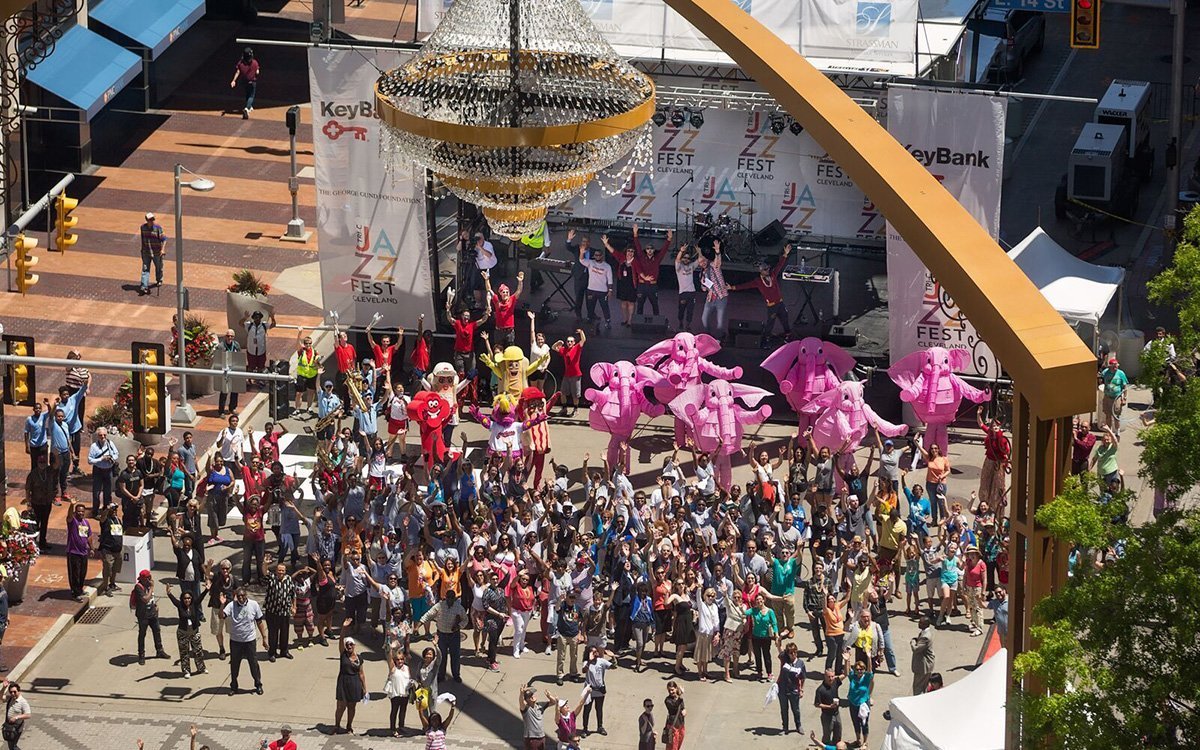 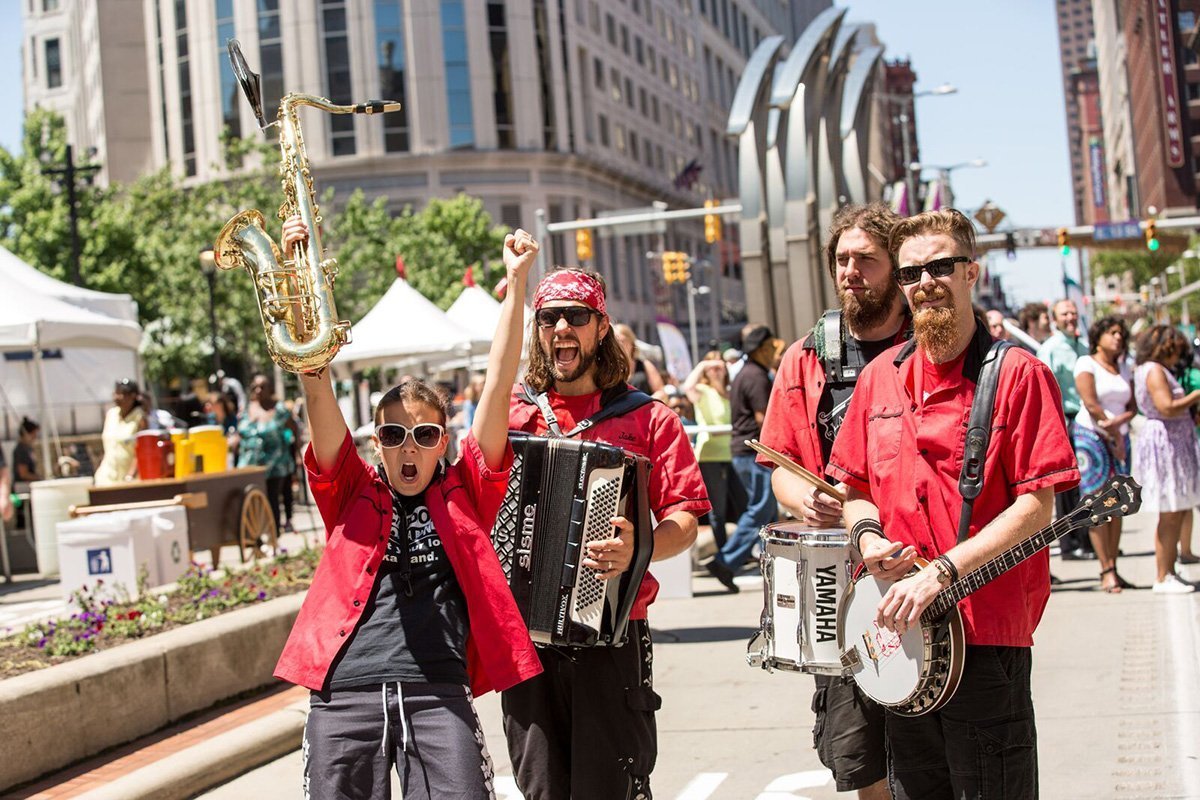 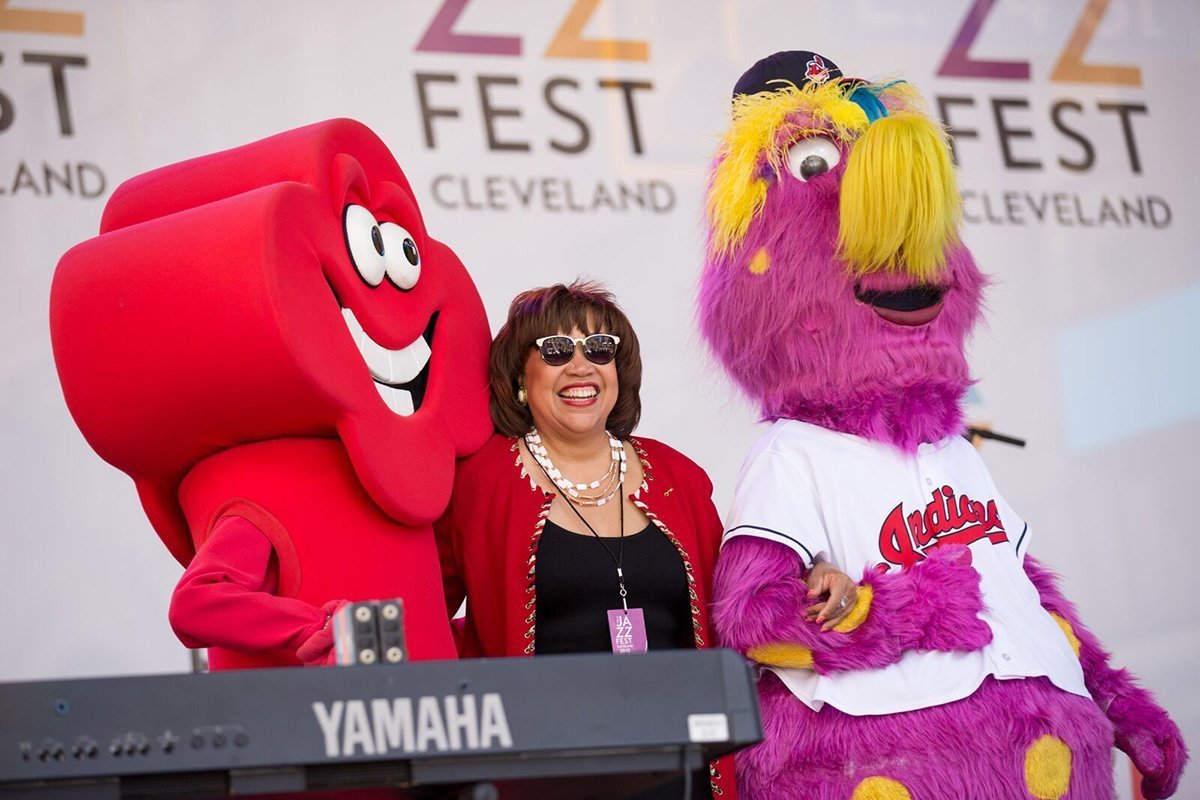 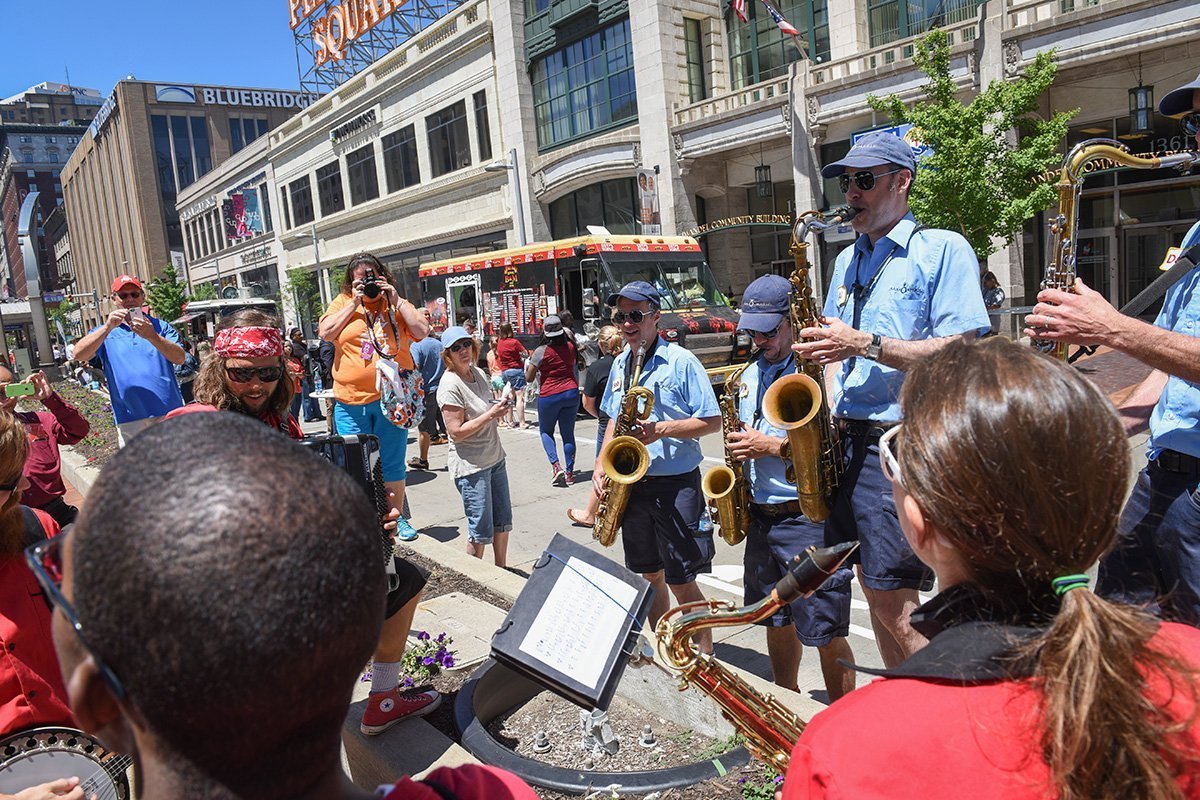 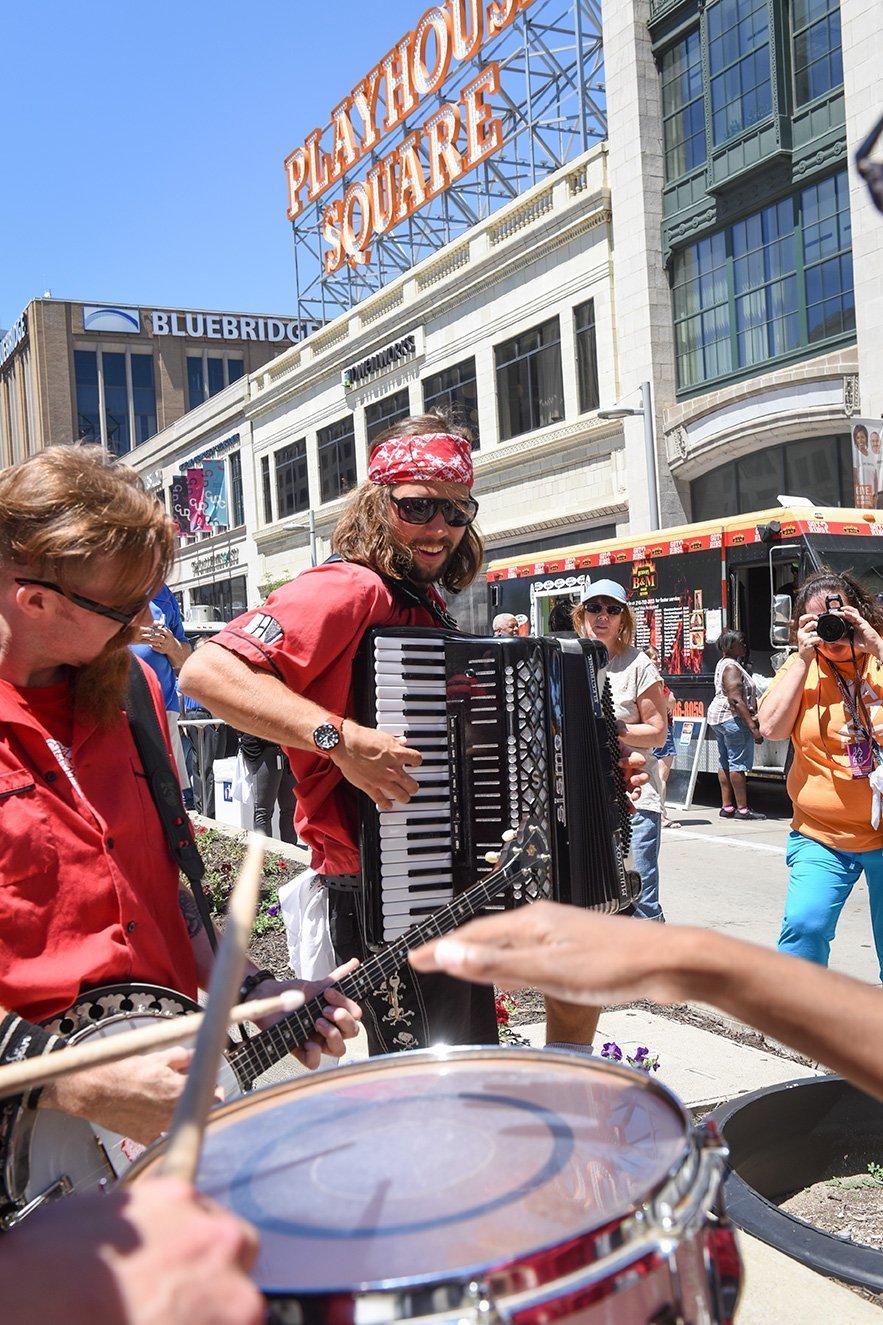 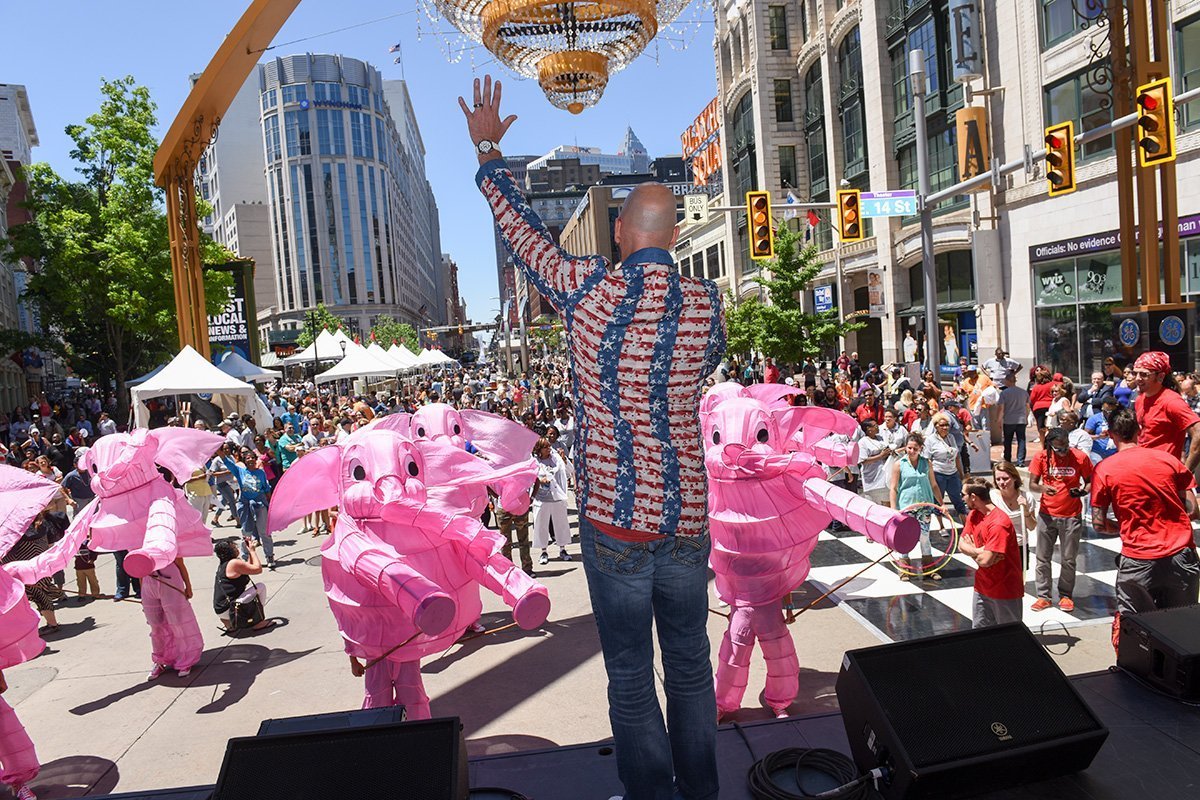 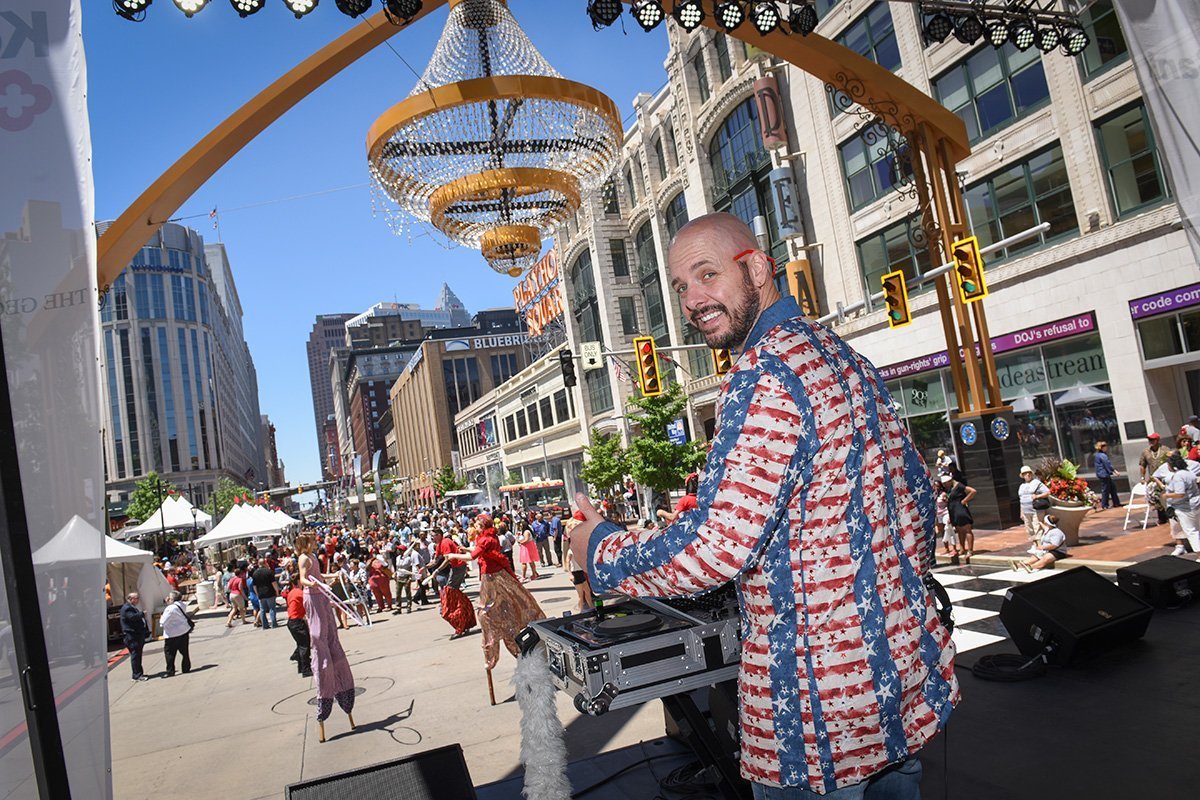 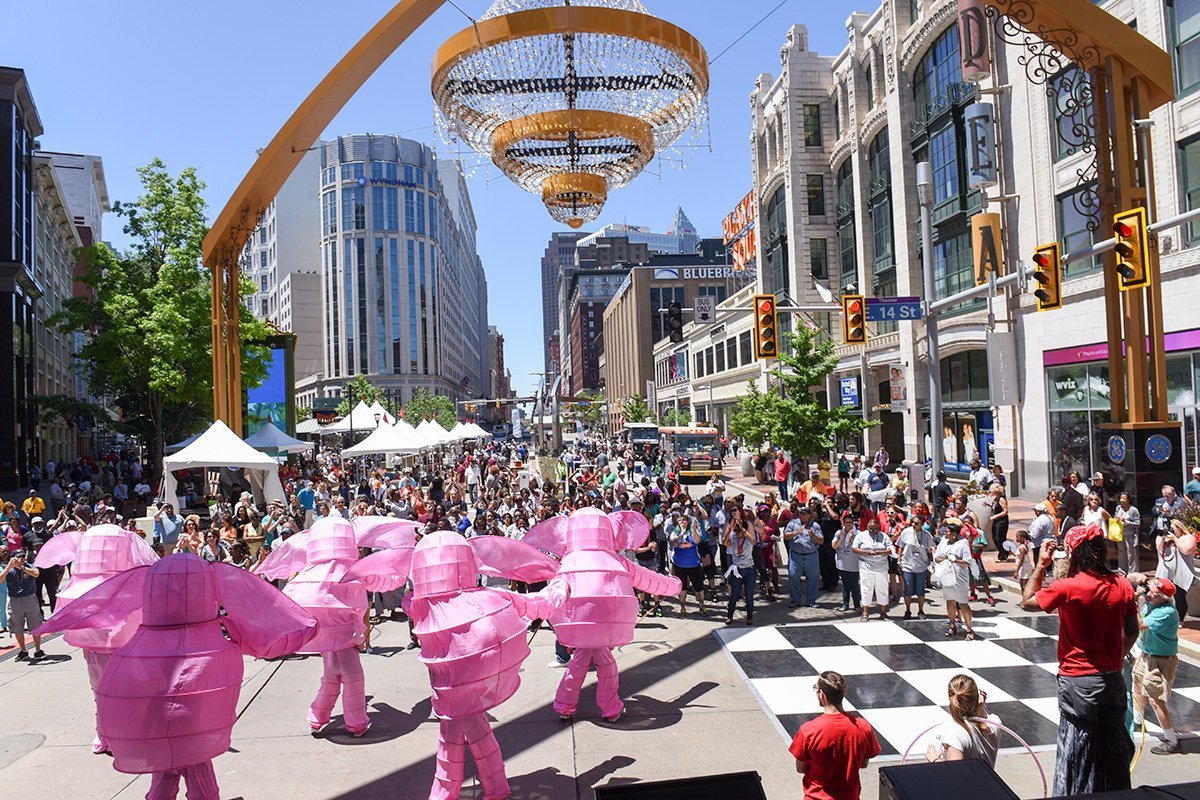 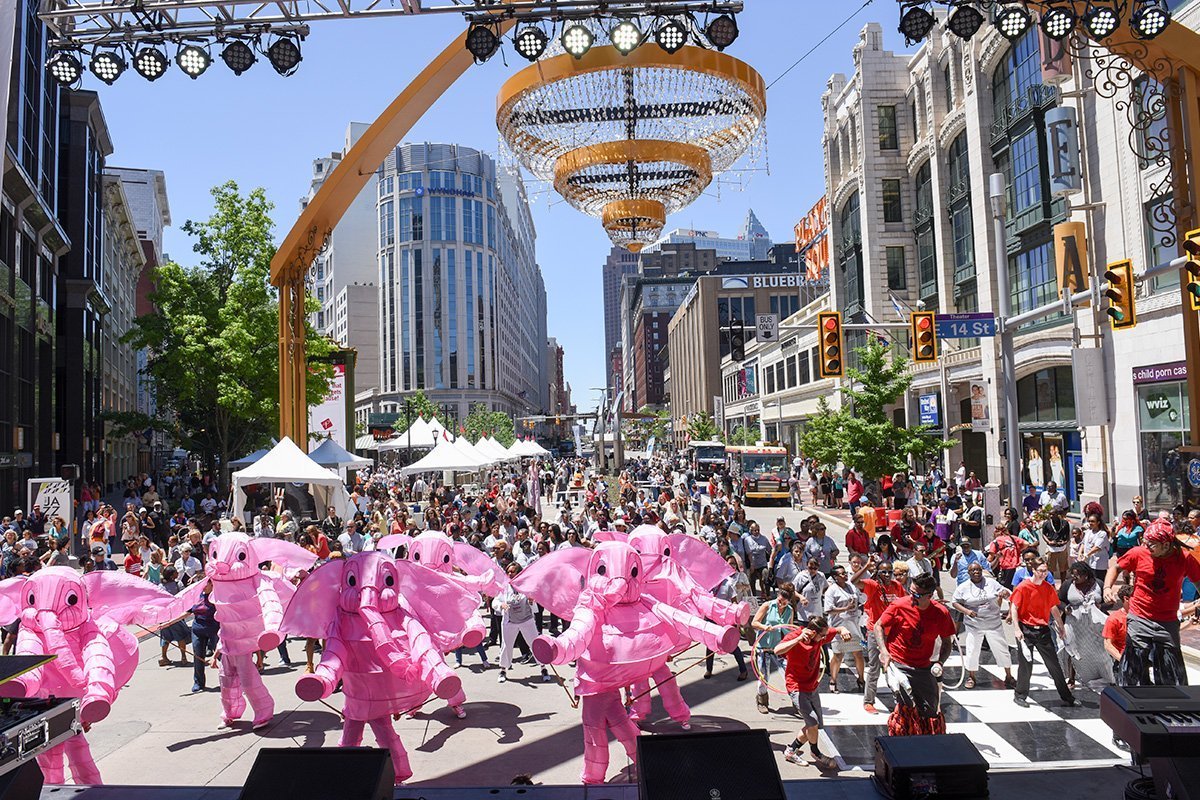 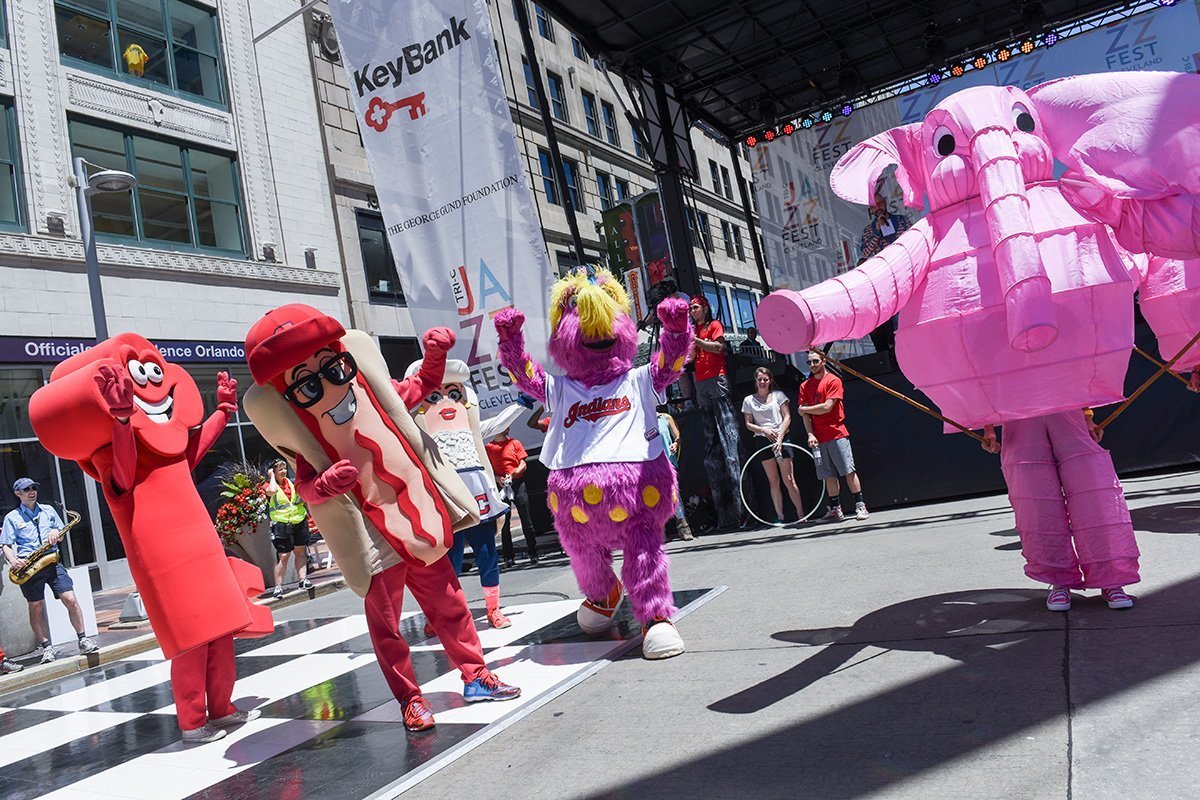 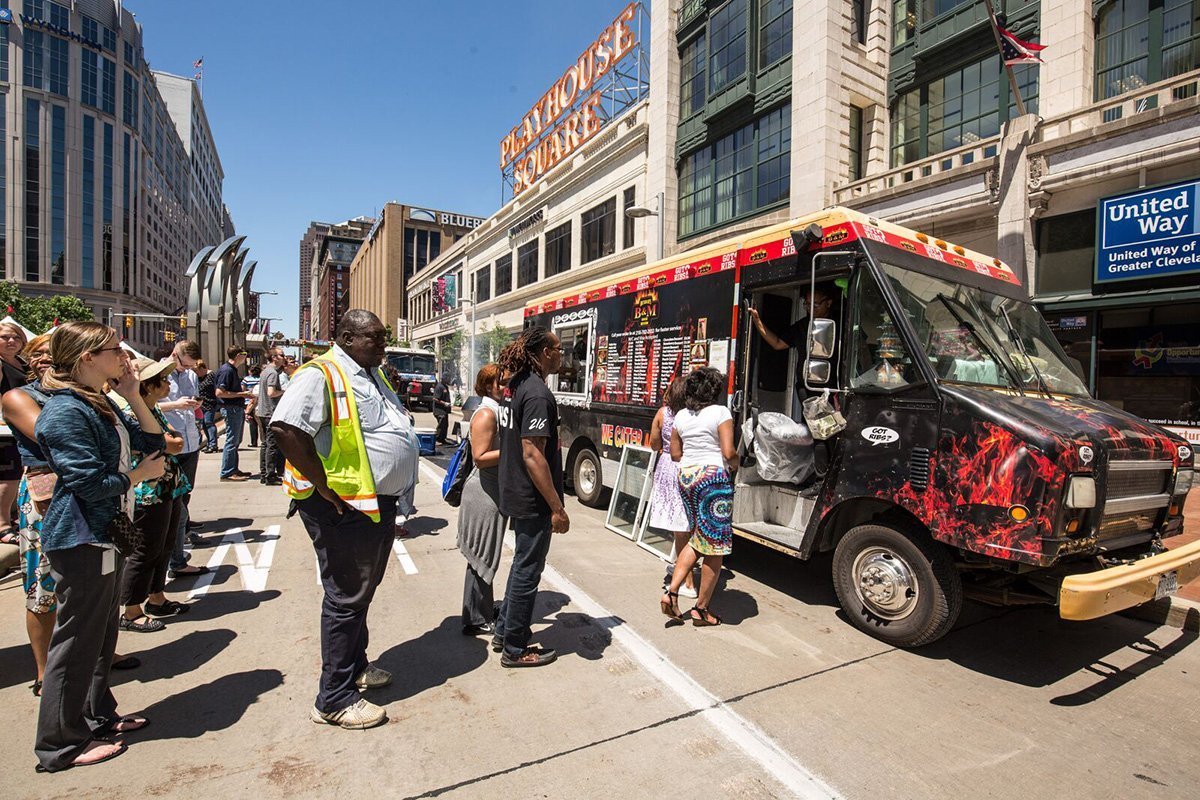 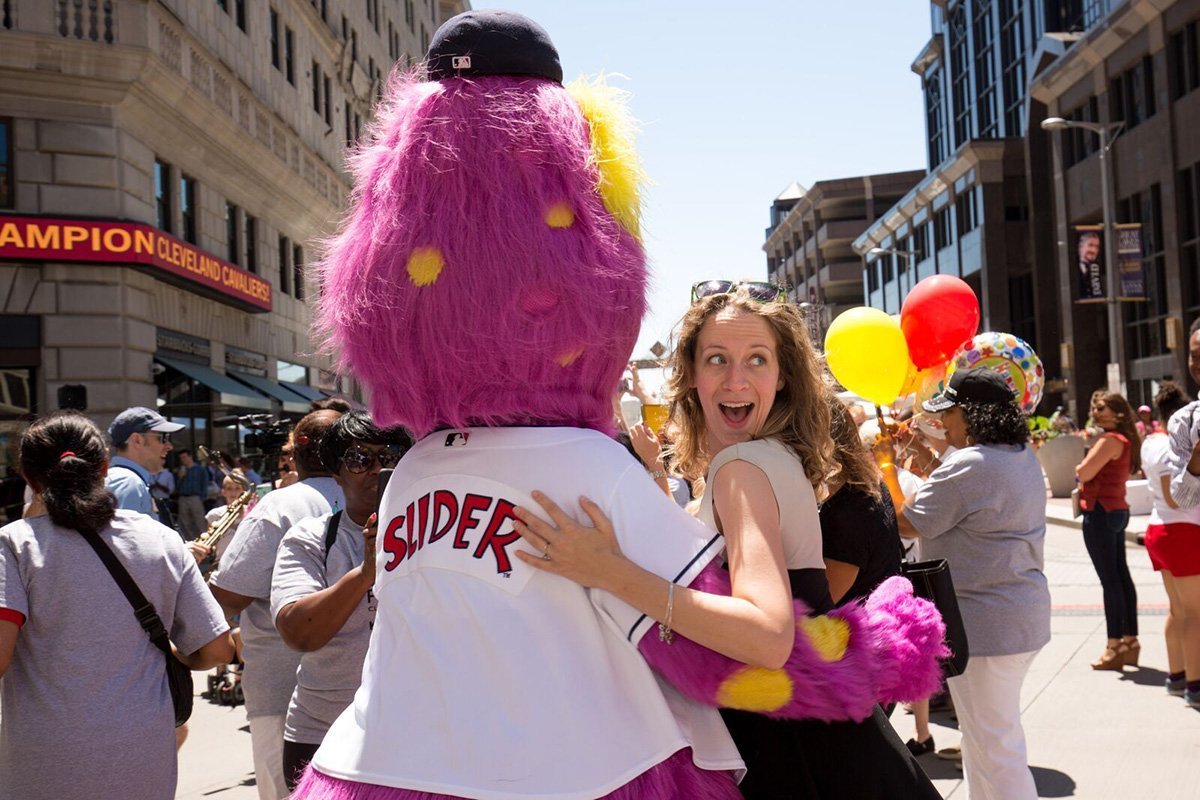 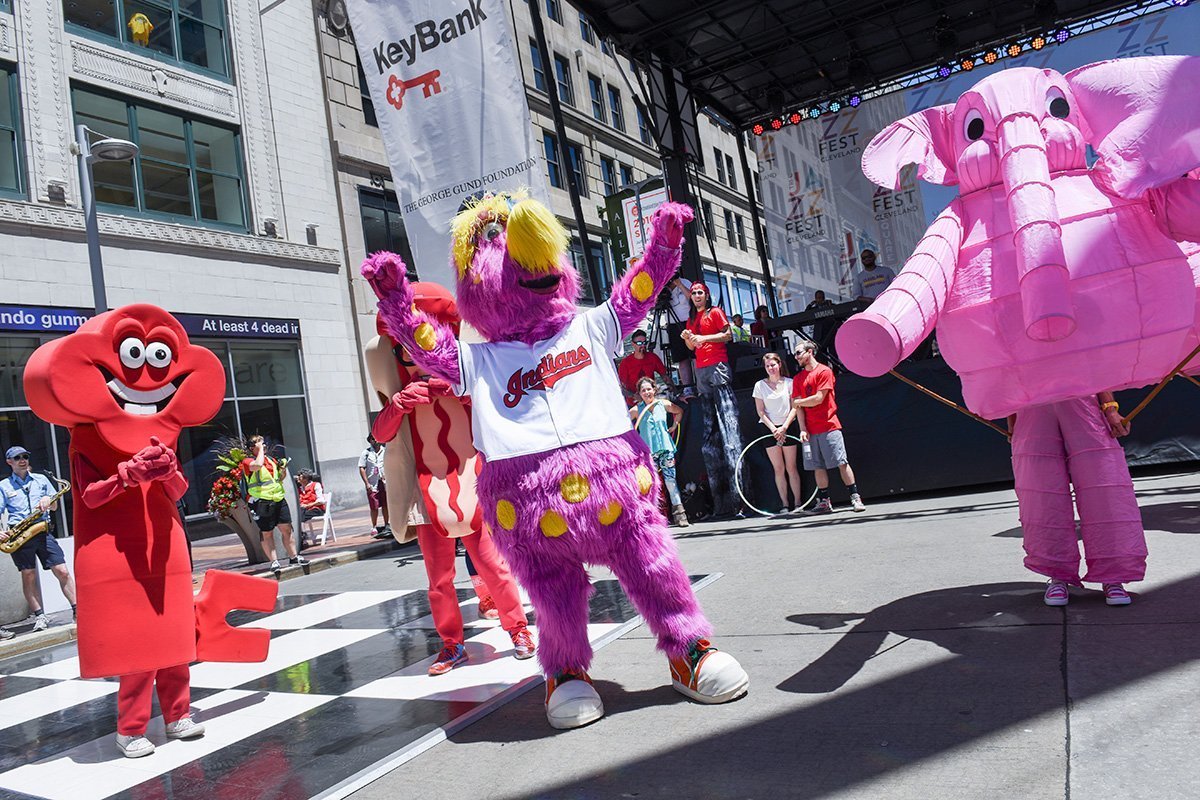 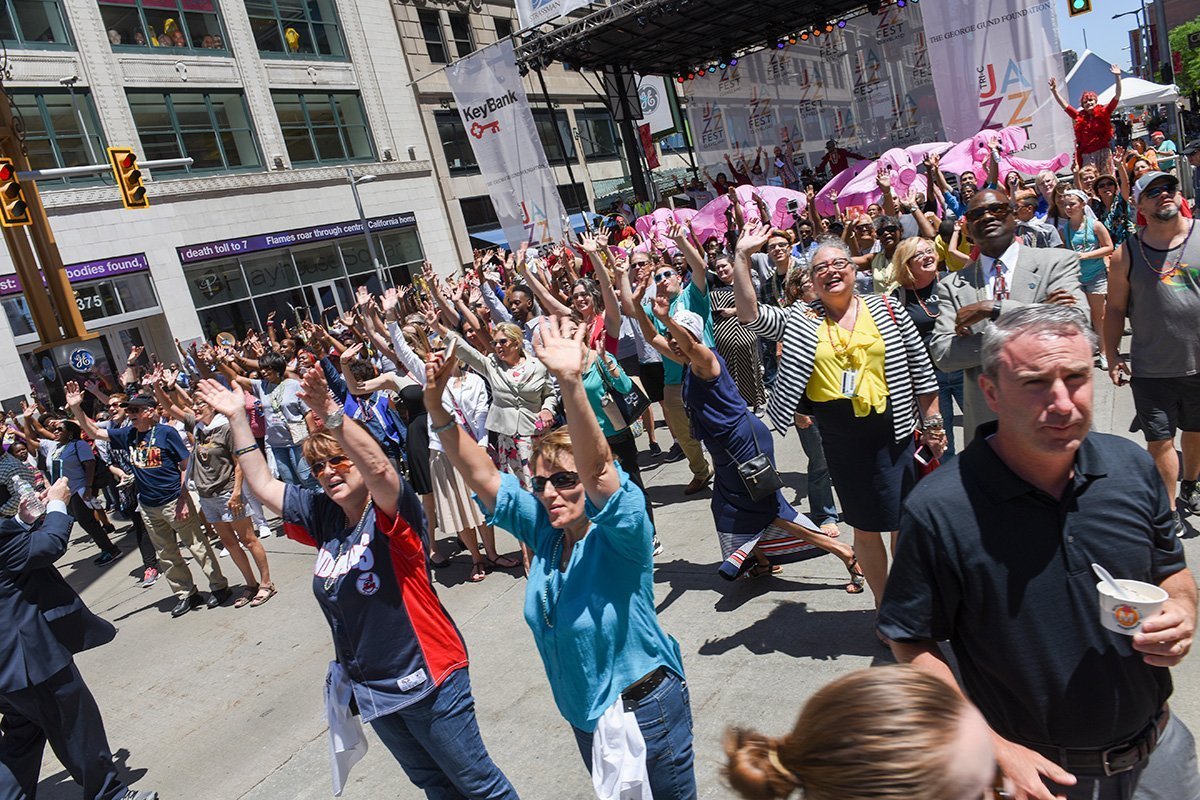 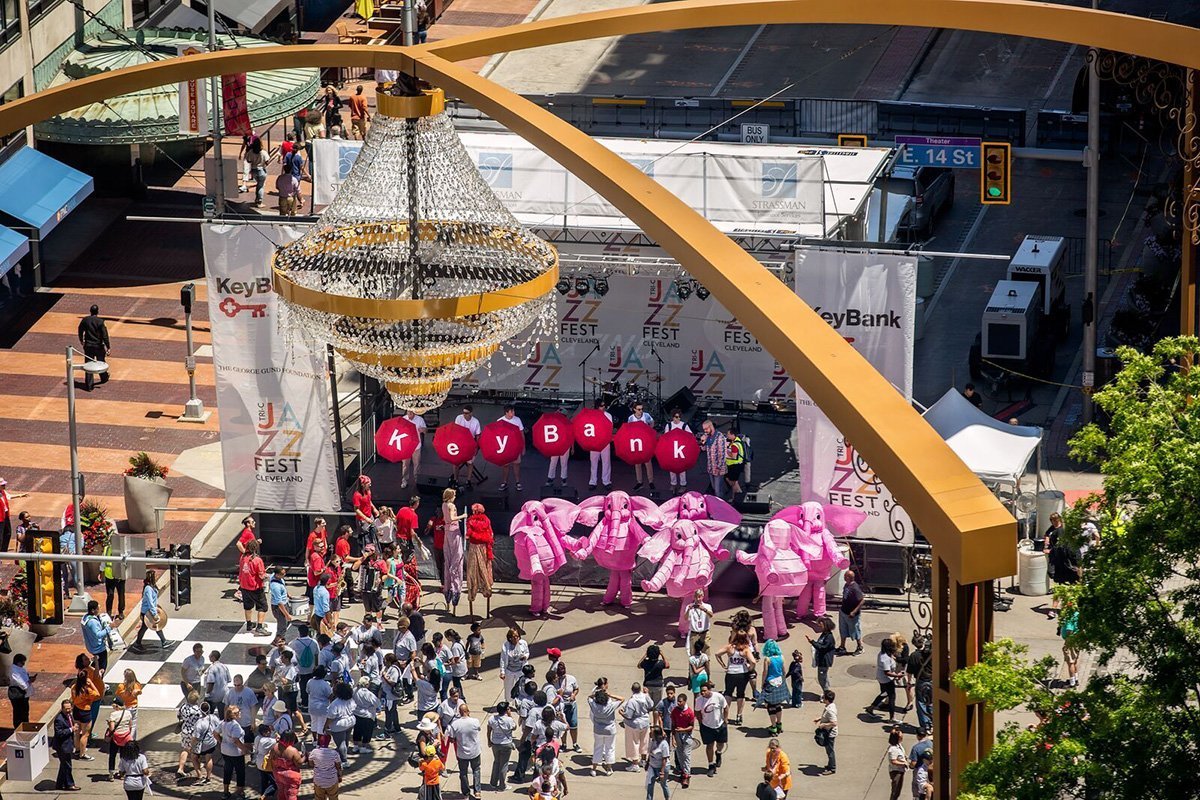 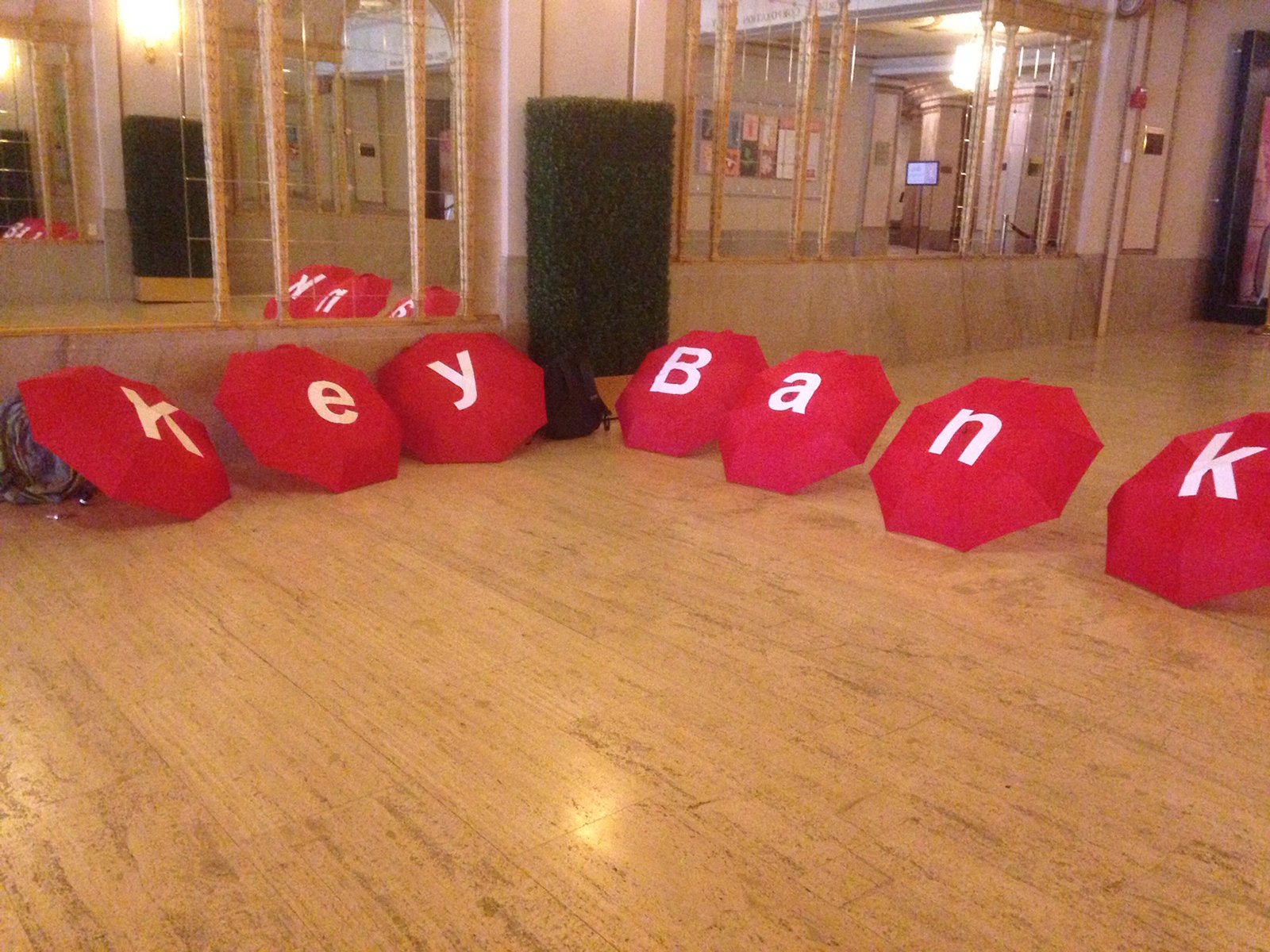 Founded in 1980 by Dr. Thom Horning and Reginald Buckner, Tri-C JazzFest Cleveland stays true to its mission to:

Today, Tri-C JazzFest is a three-day summer music festival that takes place in the theaters and outdoors on the streets at Playhouse Square. It’s also an educational festival that connects students of all ages with local and international jazz artists. The inclusion of students and teachers ensures the future of the art form in Northeast Ohio. Outreach programming provides free cultural access to Cleveland’s underserved population.

Look out, 2021. Here we come. #palmereventsolution

It’s been a while... “every time I read about

Cue the confetti 🎉 We had our first #virtualeve

Our Chief Event Organizer is a proud member of the

We 💙 these tails....and are STILL obsessed with

...but we promise we are still fun to work with an

Some days, you just need unicorns flying across yo

Any cookies that may not be particularly necessary for the website to function and is used specifically to collect user personal data via analytics, ads, other embedded contents are termed as non-necessary cookies. It is mandatory to procure user consent prior to running these cookies on your website.