By heather@clevergirlmarketing.comAugust 3, 2018April 14th, 2020No Comments

How to Bring Team Building Into Focus at Your Corporate Events

In 2018, Universal Windows Direct (UWD) approached us with a fun and unique challenge. They’d recently expanded into two new markets, which meant they now had sales teams in five different cities – many of whom had never met each other. They knew they needed to quickly get their sales force up to speed and wanted to use the opportunity to strengthen bonds between their team members. It was time to bring everyone to the company’s home city (Cleveland, Ohio) for a fun training and team building weekend.

We accepted UWD’s challenge and helped them conceptualize, plan and run the entire event. We began with the name and them – One Team One Dream. From there, we began to design the format – a three-day team building sales conference. Next up? Sourcing a venue that could accommodate the group size and scope of events – 700 Beta Banquet & Conference Center in Mayfield Village, Ohio.  We even supported them in coordinating transportation to and from Cleveland, organizing hotel accommodations, and planning for arrival gifts and take-home tokens of appreciation.

The conference started on a Friday night with an ice-breaker event. We worked with Games Done Legit to develop a team building activity, featuring video and other interactive games, that would go beyond usual business introductions. We broke people up into pre-assigned teams, mixing department and cities, and just let them play. They got to know each other in a fun, casual way. We also introduced frozen novelty treats, reminding these accomplished adults they were still kids at heart. We mixed in a healthy dose of friendly competition, matching t-shirts for all, and voila…everyone had a blast!

Beyond the team building activities and training sessions, we employed three distinct methods of communicating the One Team One Dream theme throughout the weekend. First, we designed five lighted pillars – each picturing a skyline of one of the UWD team cities (Cleveland, Charlotte, Columbus, Indianapolis and St. Louis). These pillars were then arranged in a variety of ways, at different times and in various areas throughout the weekend. In some instances, pillars were spaced at intervals along hallways. At other times, the pillars were brought together, creating one combined UWD skyline that became the backdrop for photo shoots and other activities.

Second, we designed a culinary experience that featured favorite foods from each city and presented them in displays centered around each of the five city pillars. Our well curated menu included signature tastes from all five cities (for example, perogies from Cleveland and open roast beef sandwiches from Cincinnati), that came together as a cohesive luncheon buffet.

Third, we provided an interactive photo booth experience that took all attendees’ pictures and combined them into one super-high-resolution image of the Universal Windows Direct logo. The company later framed the piece and it now hangs proudly in their company headquarters. 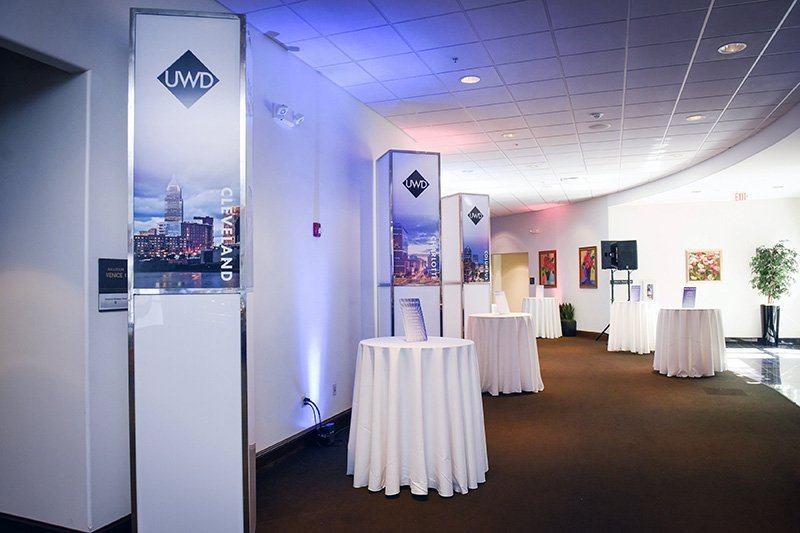 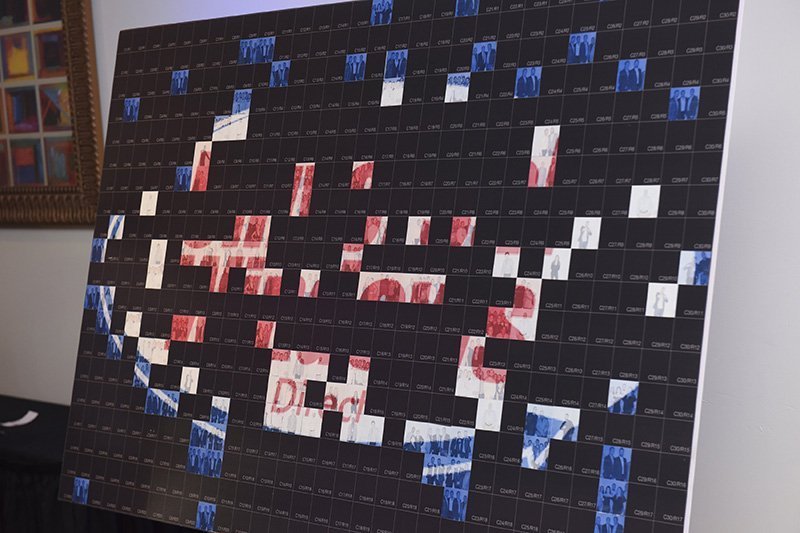 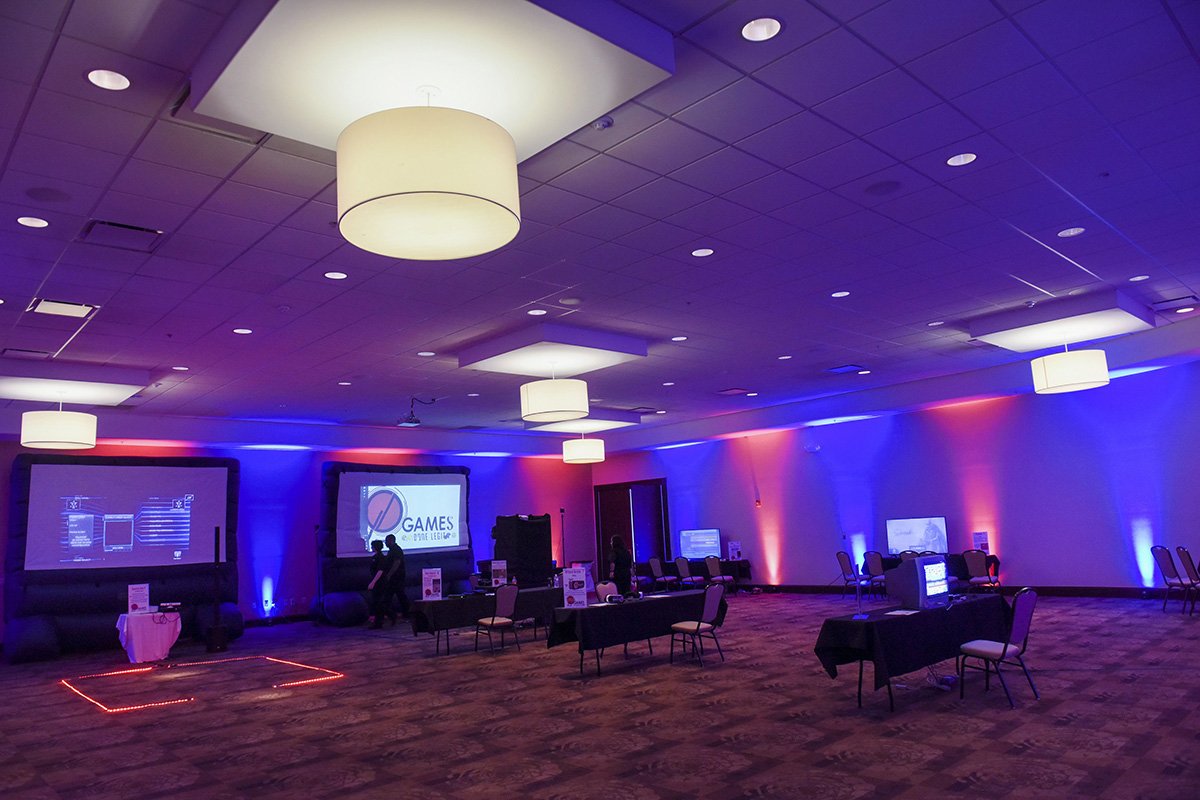 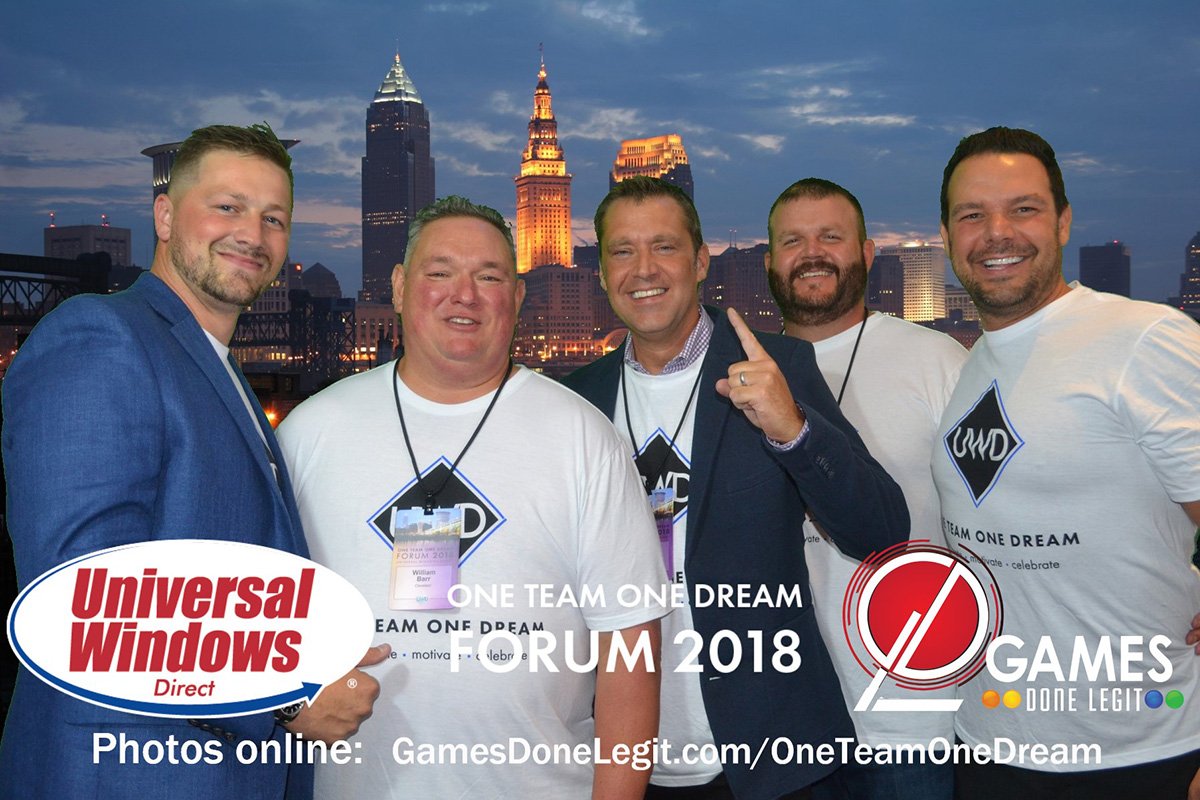 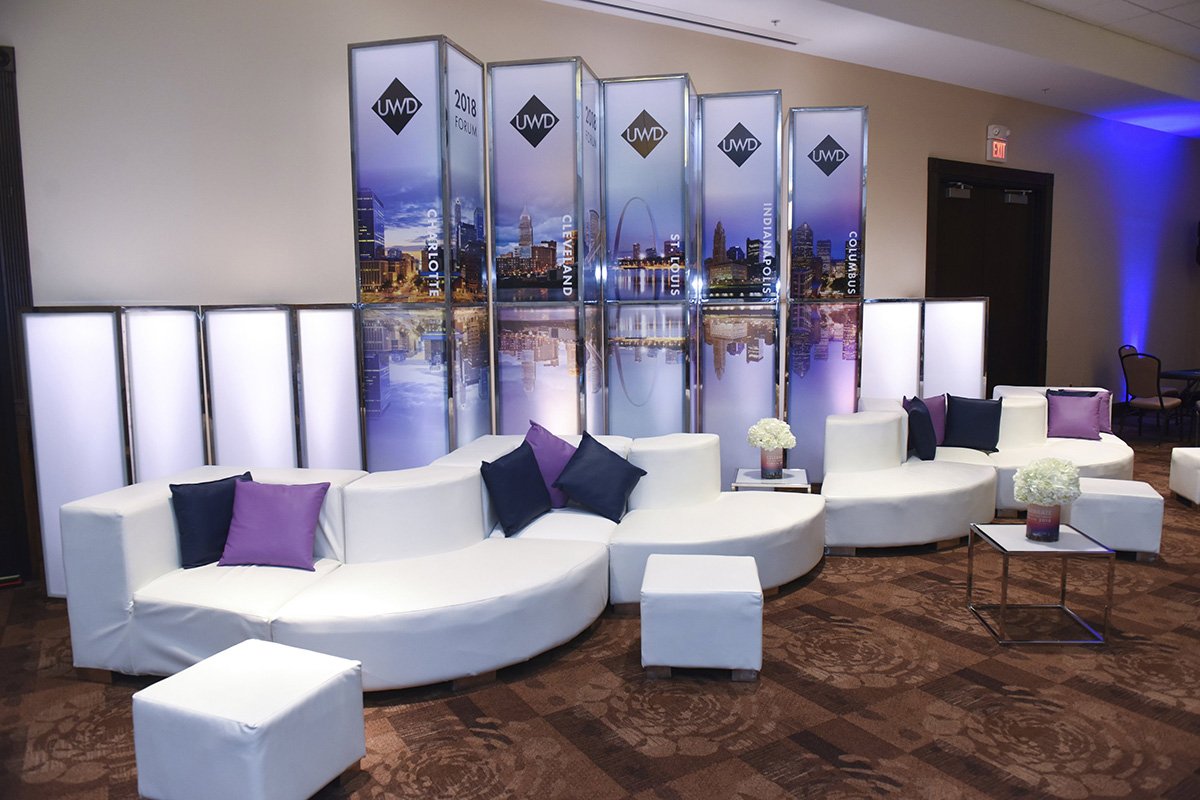 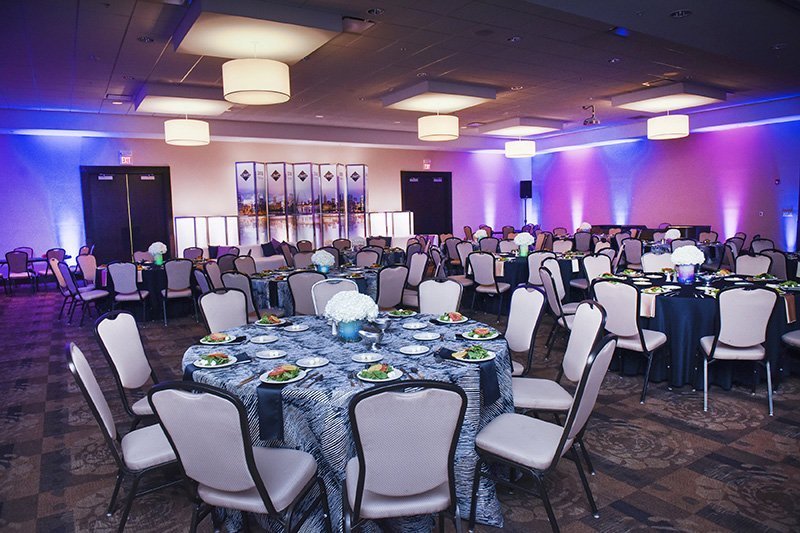 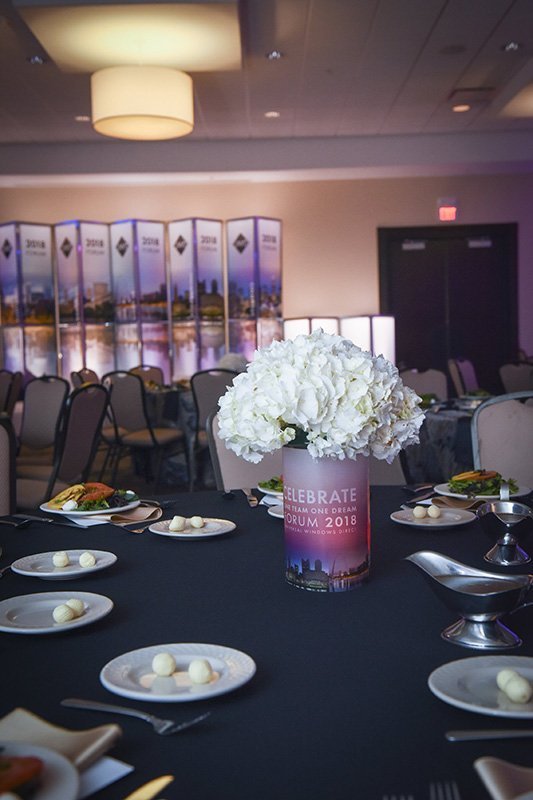 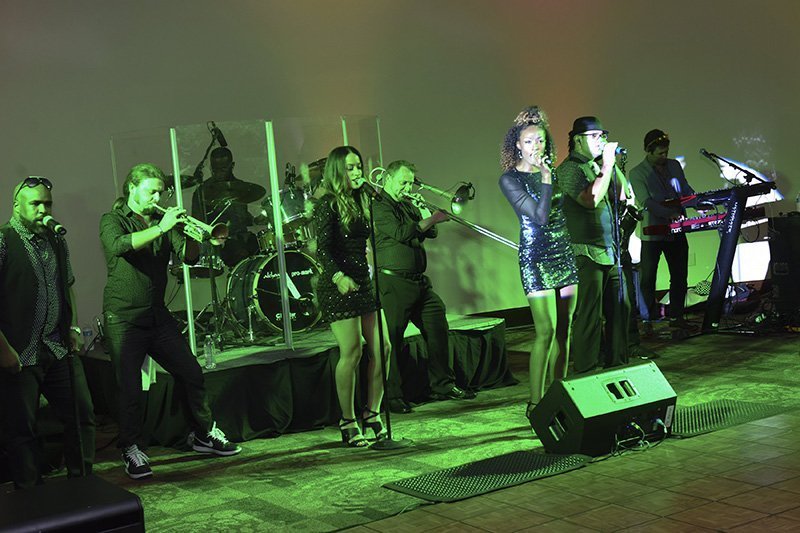 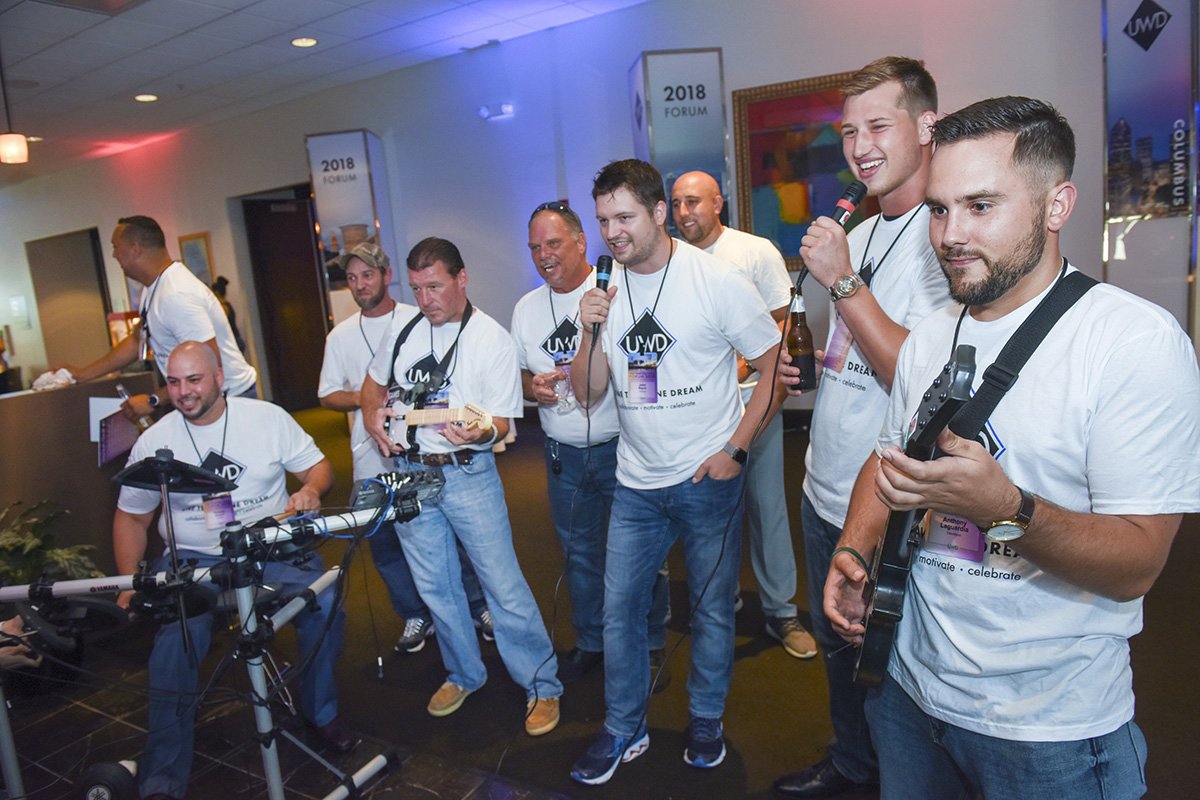 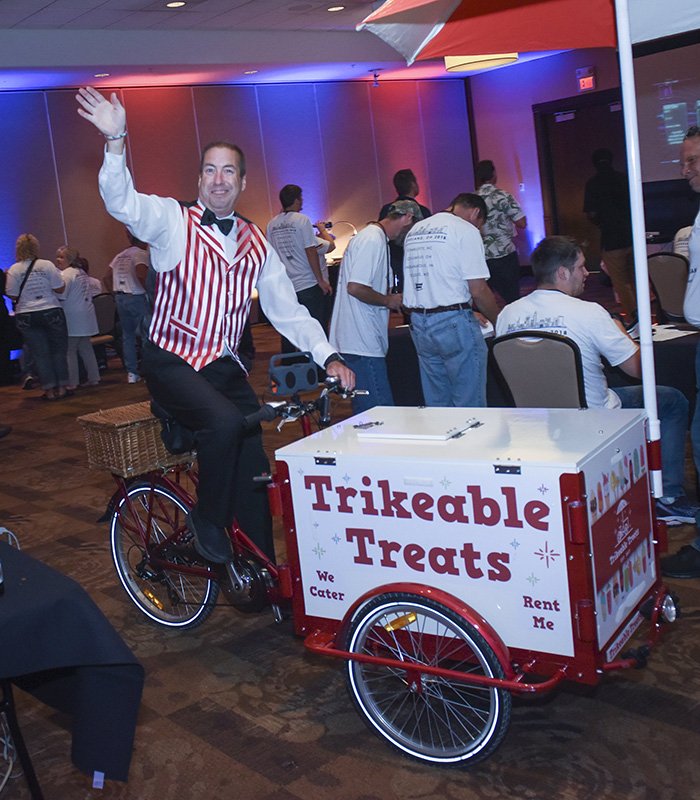 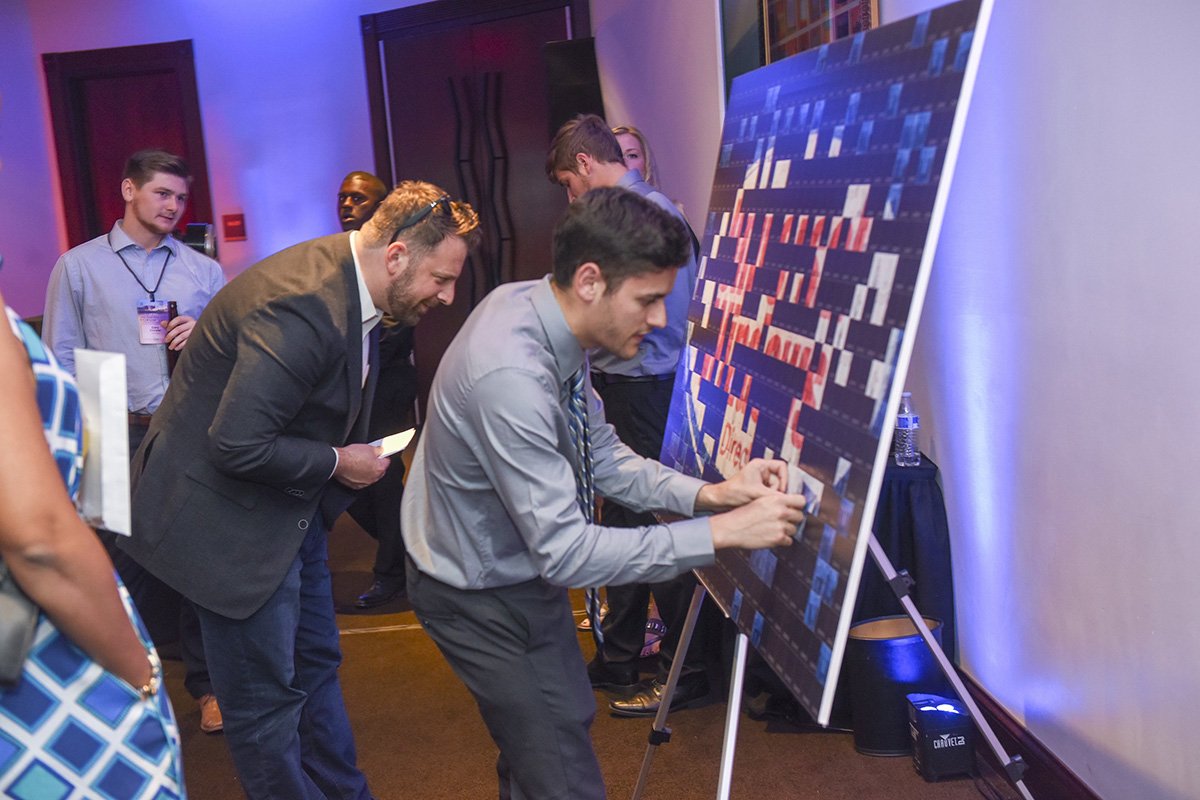 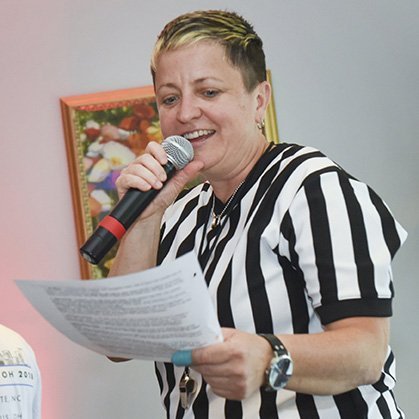 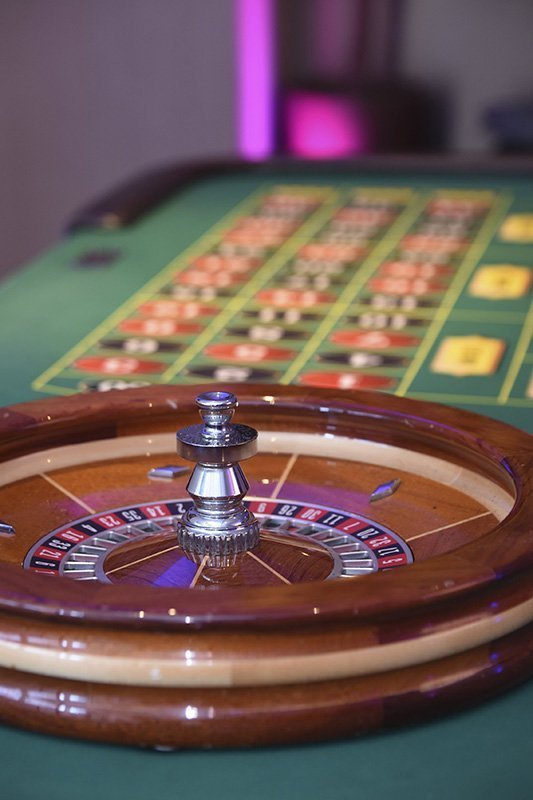 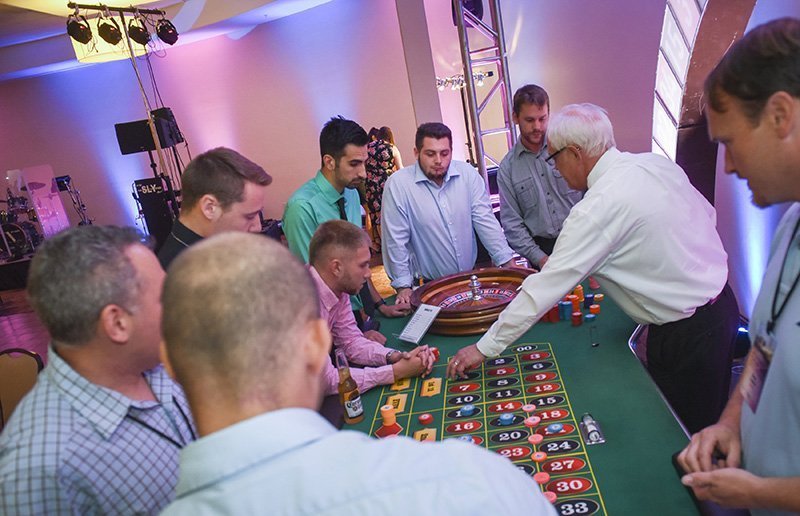 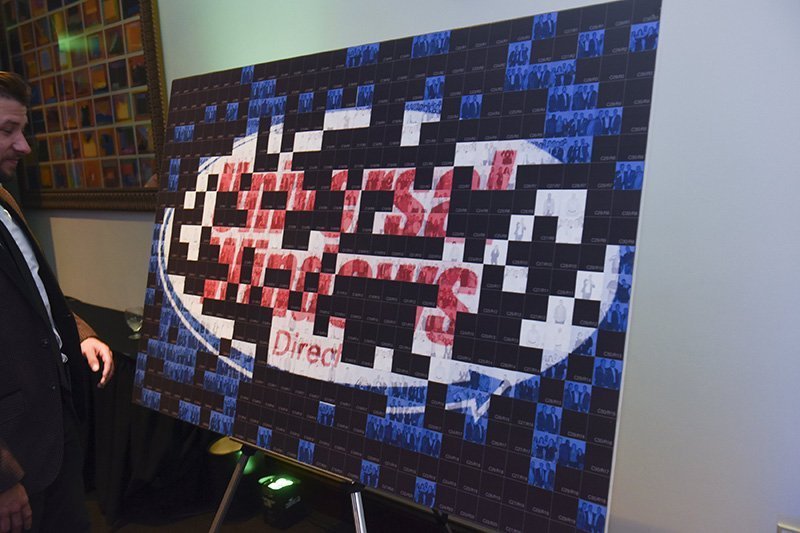 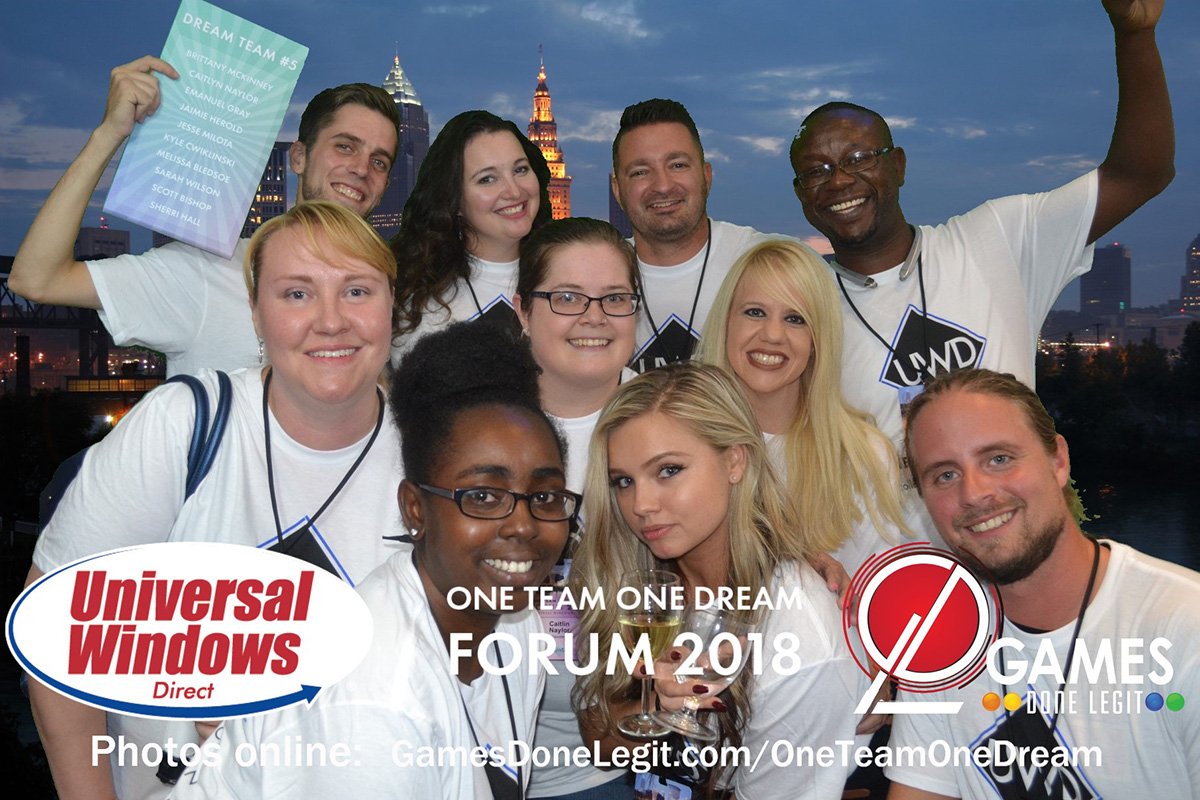 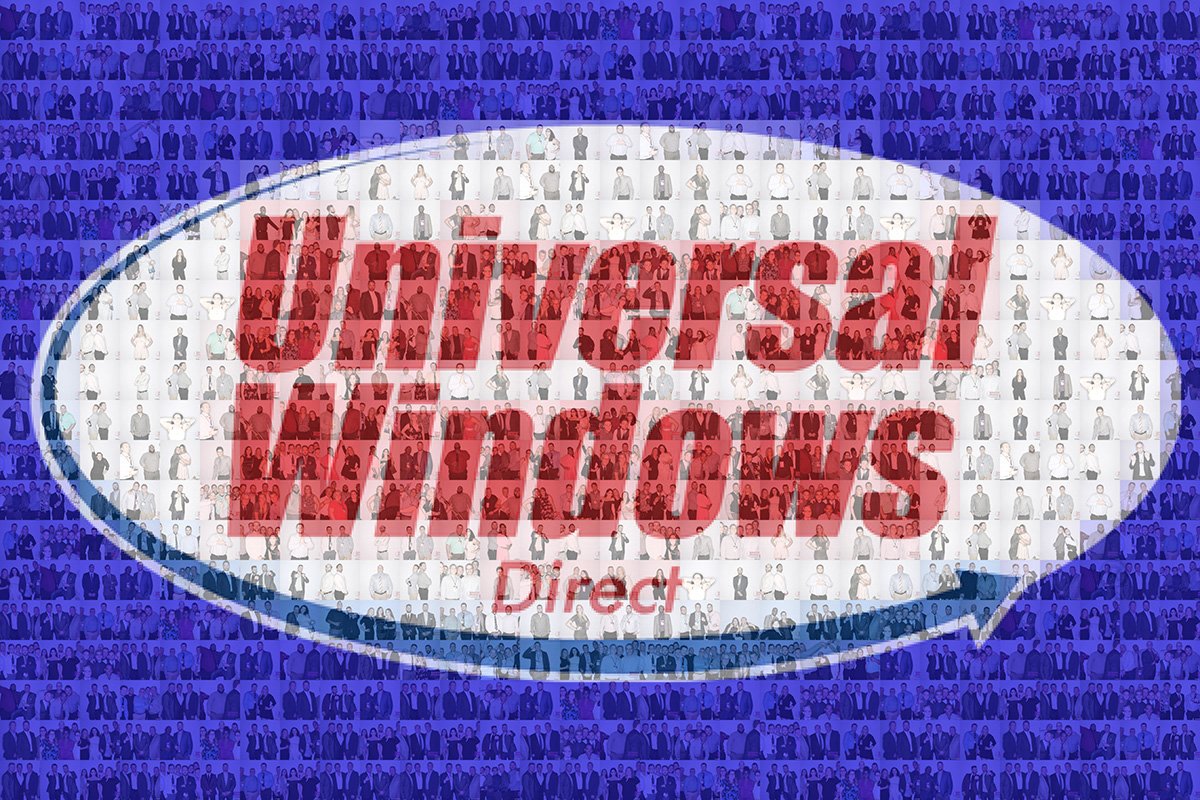 About Universal Windows Direct and One Team One Dream

Cleveland based Universal Windows Direct (UWD) was founded in April 2002 as a single retail location for quality home remodeling products. In April 2006, UWD launched its dealership program that today is represented with locations from coast-to-coast.

In 2018, UWD hired PES to manage the One Dream One Team Sales Conference. This 3-day event included the entire full-time staff, and some of their part-time employees (175+ strong), from across their Corporate Division which represented 5 states coming together in Cleveland.